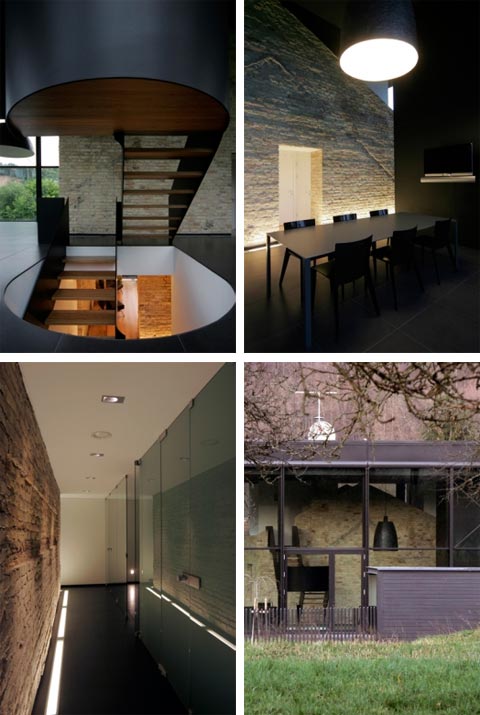 The Pavilniai Family Home: Preserved from within 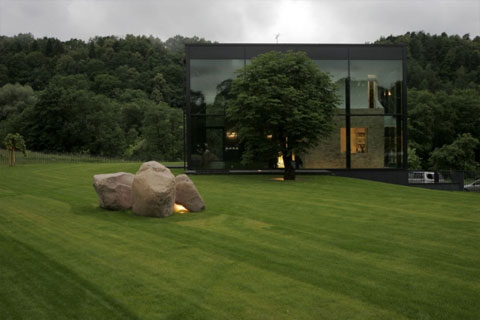 This house, situated in Lithuania’s Pavilniai Regional Park, must have been a contradictory project. First, because it is located in a regional park, which already sounds a bit out of place considering a 3,520 sq. ft. modern home in relevance to its surroundings , and secondly, because it has to do with historic substance – moreover, with the newly discovered valuable historic substance. Yet, the project has been carried out and, owing to the architects’ talent, became an outstanding landmark of the park.

Let start at the beginning. Once there was an old traditional house situated on the territory of a lovely park… 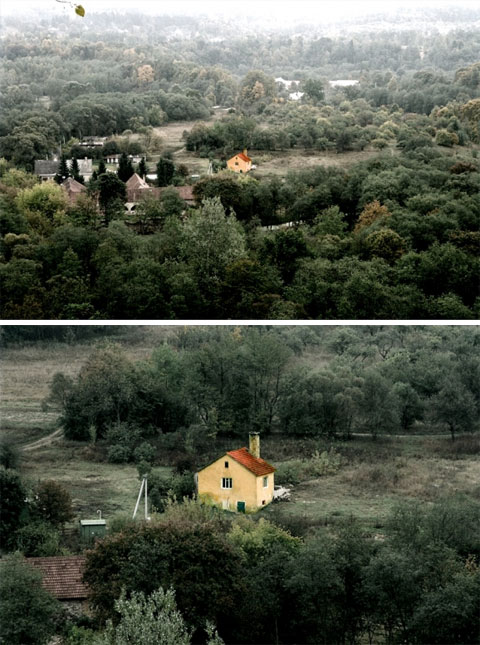 Now, what makes this project so wonderful is that it reveals this historic masonry, conserves it and… covers it with a contemporary glass-and-metal cube. As a result, the new house is formed, engulfing an old, spectacular structure in the heart of its interior design. However, the structure is also visible from the outside. 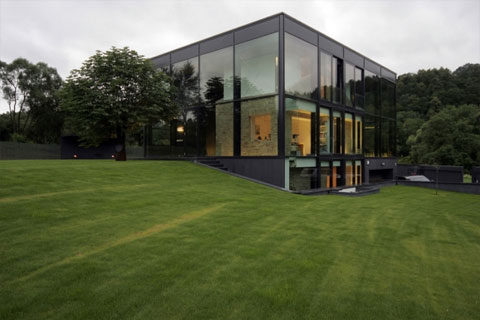 Having such a cool substance physically and emotionally lying in its main core, the inner appearance of the house is absolutely unique. I’d like to say at this point that I admire the skillfulness of the interior designers of this project: it’s beautifully configured mostly due to the warm illumination of the old structure in the new interior, and the dark surfaces and furniture of the new house extension. One of the most interesting feature is the black, modern staircase. 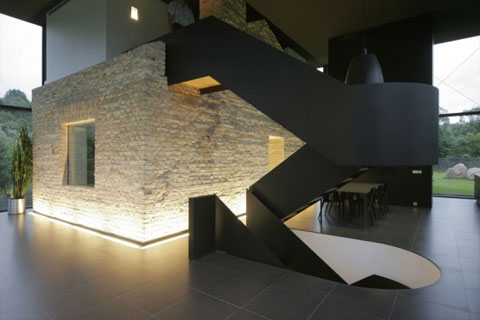 Another feature which I’m totally in love with is the the dining table area. I call it “gable availableness”. This old gable with the visible signs of the old roof structure… mmm – Brilliant!

The original structure could have been not so precious, it could have been not worth preserving, but the final result situated in the park is so unique, giving its surroundings such a beautiful identity from now on, there’s no question it was all worthwhile. 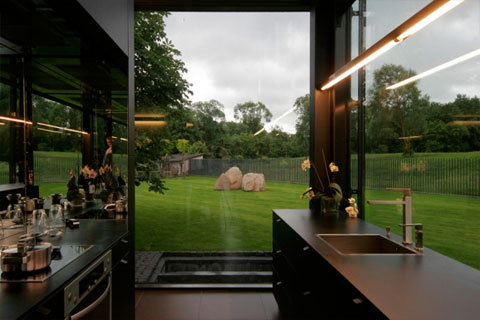 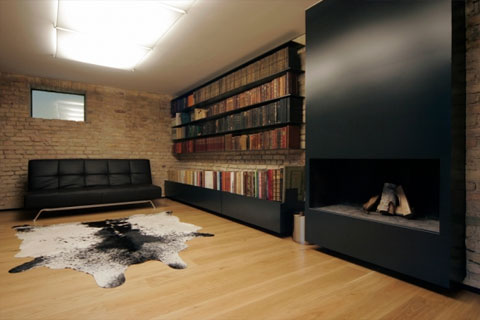 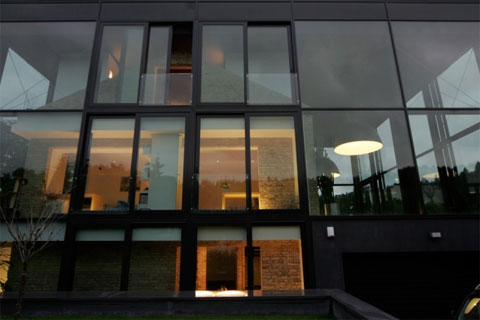