One might say that there’s no universally recognized exact definition for the tree element, neither botanically nor in common language…however, in Tokyo there’s an architectonic reference to this biological organism: Tree House. Built for a couple in a dense residential area, this two-story building has a total floor area of 80sqm and its main goal was to own as much space and light as possible on a very tight site.

A narrow path leads to a carved corner of Tree House where the front door is ingeniously placed. The perception from the outside – a grey simple volume – couldn’t anticipate the architectonic ode to trees that inhabits inside this small family home. 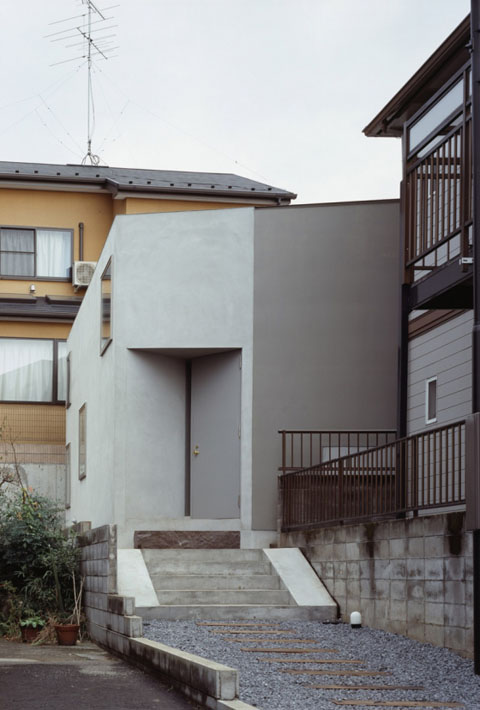 A polar coordinates system was developed as the geometry defining the spatial composition of this building, which describes the location of an element by the distance and the angle from the center of the site. 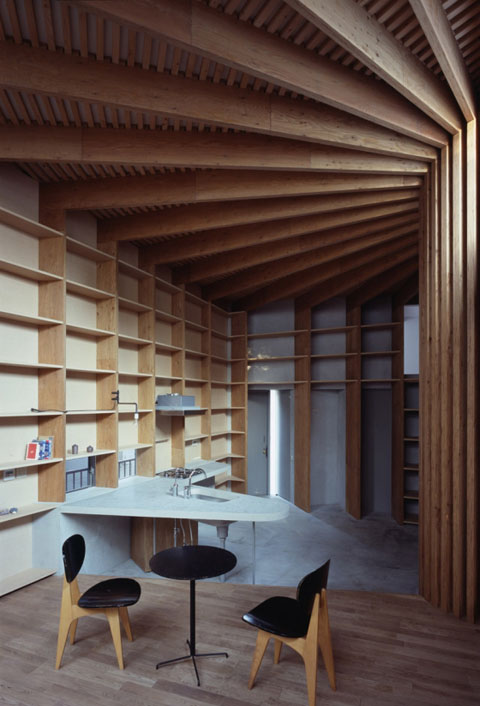 The distribution of the program follows this unusual system: the center of the polar coordinate is composed by 32 pieces of the LVL columns, creating a huge central pillar with the diameter of 1m. The interior is divided into four territories by this central pillar, respecting the domestic format found in traditional Japanese houses in square shaped plan. 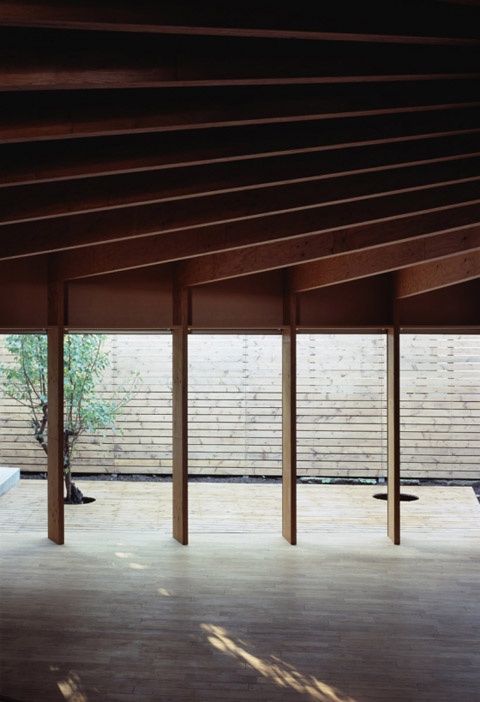 Entering the house, one can experience two different areas: social and private rooms are combined and attached to the central pillar while service areas stand outside this structural net. Wooden frames rising up spirally generate variations in the ceiling height, defining the character of each four zones. Tree House has its name because of this particular thing: when inhabitants sit down at the bottom of the central pillar and lean against it to look up, those spiral wooden frames emerge as artificial branches of a large tree… 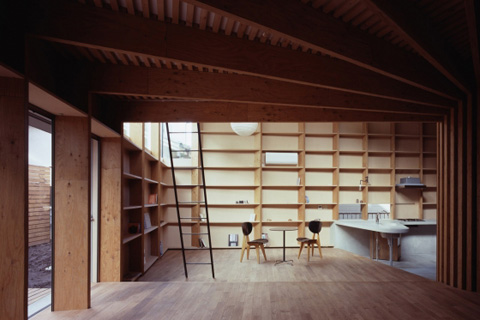 The House for Contemporary Art

Half and Half House