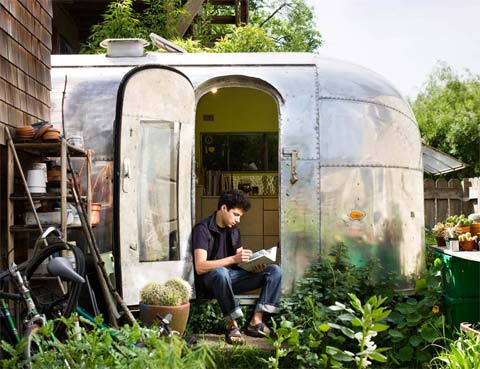 Andreas Stavropoulous is a landscape architect, based in Berkeley, California. He has a 1959 Airstream trailer nestled in the backyard of his house, which he bought and converted into a design studio/living space.

Most of you already know by now that I am an avid traveler, who loves the idea of travel trailers and caravans, so when I read about this outdoor studio space combined with a vintage mobile home, I was immediately captured. I love the idea of working from a non-conventional space that connects me to creativity, design and the open road all at once. And as Andreas says: “You always have the potential to move…”

“This 1959 Airstream was uprooted from a long time nap at a horse farm near Salinas, CA. The design challenge lay in creating a sense of openness with just 96 square feet. The Airstream was loving restored from the subfloor to the shell using non-toxic paints and materials. The interior layout was blissfully irreverent of the original design, but strived to preserve the sense of opportunity and magic that has always been associated with these travel trailers. All original design.”

Here’s a short film by production studio The Werehaus 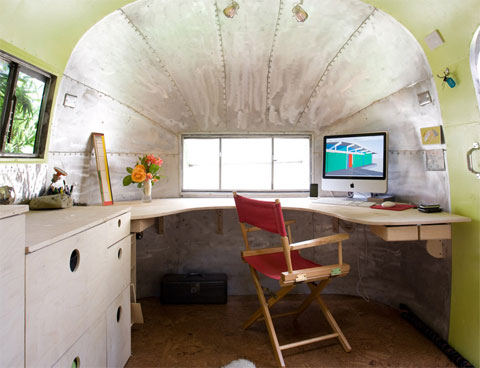 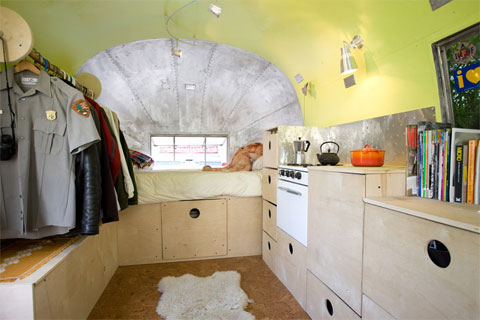 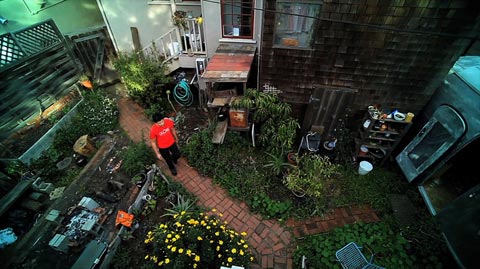 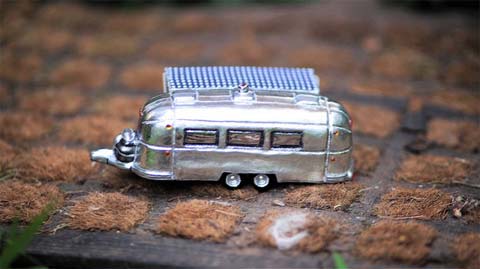