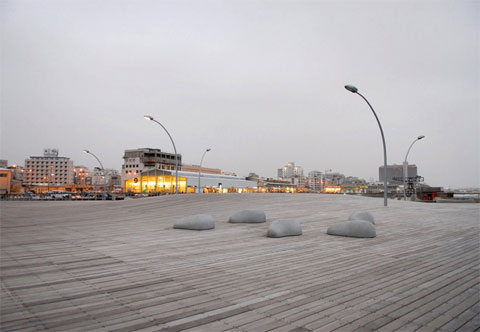 Tel-Aviv Port: in relation to nature and civilization 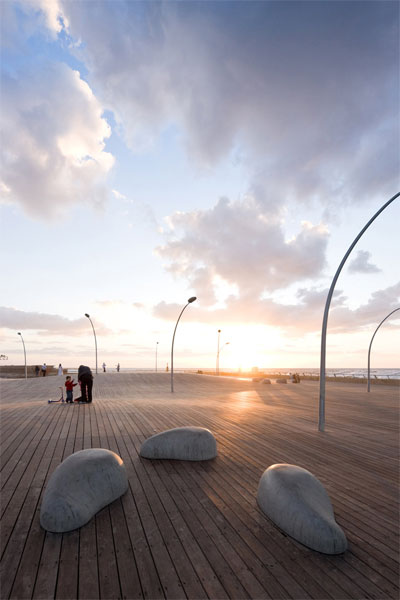 In my opinion, the surrounding that we create for ourselves has to excite, to stimulate one’s mind and to raise emotions. The surrounding must not be dull, it must be alive and mustn’t leave one careless. It has to feed our hunger for impressions or even for being impressed. Besides, since we live in the 21st. century, it has to interact with people, to be in touch with them and make them an active part of itself.

However, this is not the article about my views on modern public architecture. This was meant to explain how I feel about the regeneration project of the Tel-Aviv port area and why I am so excited about it.

The vast square of an old docking port remained quite useless since 1965. A few years ago the complex project of revitalization began and turned into a great success. The project received a series of awards, which culminated with the Rosa Barba European Landscape Prize and the Audience Choice Award in the 6th European Biennial of the Landscape Architecture, 2010.

As a result of the project accomplishment, the city has reinvented its public connection to the waterfront in a new way and has gained 55000 sq. m. of a modern, high quality public area. The deck surface is wavy like the sea, the streetlights resemble marine creatures. The stones have also wandered from the sea. Everyone will find something he or she likes about this scape.

The whole area is a splendid borderline zone between the cityscape and natural line of the sea. It combines both, it connects the ultimately artificial (the city) and the ultimately natural (the sea) for the sake of man. Being there helps understand where we stand in relation to nature and civilization. 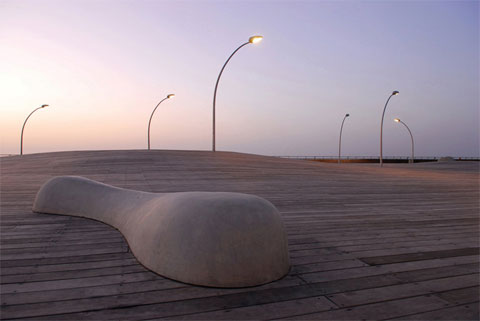 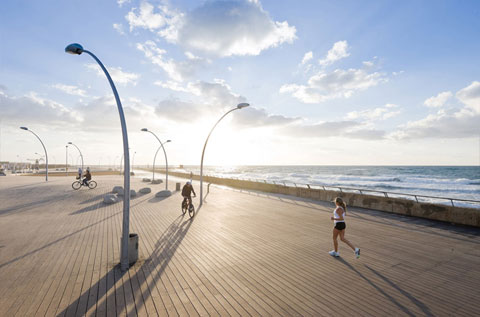