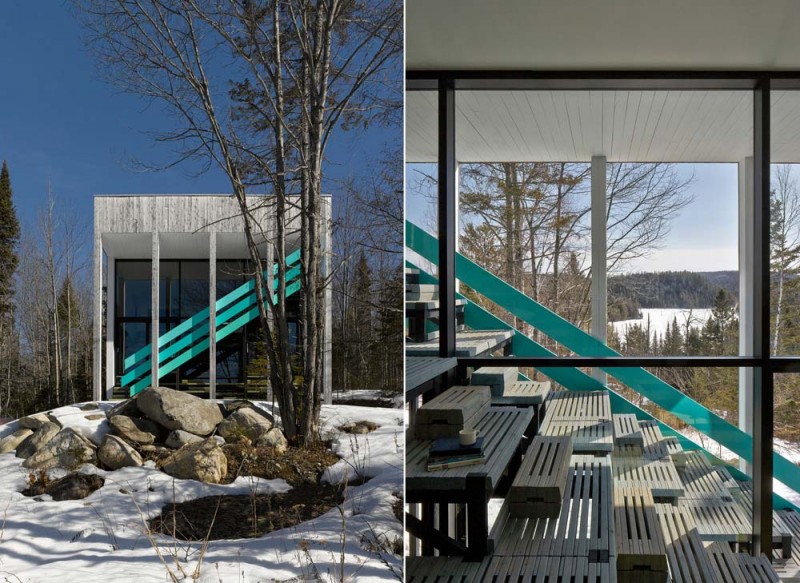 The Lake Jasper house is an architectural anomaly, a bizarre representation of functional space parading across the structure’s most prominent facade in an attempt to add a strike of visual intrigue to an otherwise subdued set of moves. The house succeeds on a number of unorthodox design moves, which elevate the entirety of the work to more than a cheap aesthetic gimmick. Canadian designer Architecturama created a home that explores an experiment in the interaction of body in space.

At first glance, it’s plainly clear what sets the Lake Jasper House apart from anything else on planet earth: a sweeping diagonal gesture along the lake-facing edifice that follows the directional energy of the staircase it protects. Including such a radical design element relative to the strict rectilinearity of the rest of the structure immediately draws the eye. 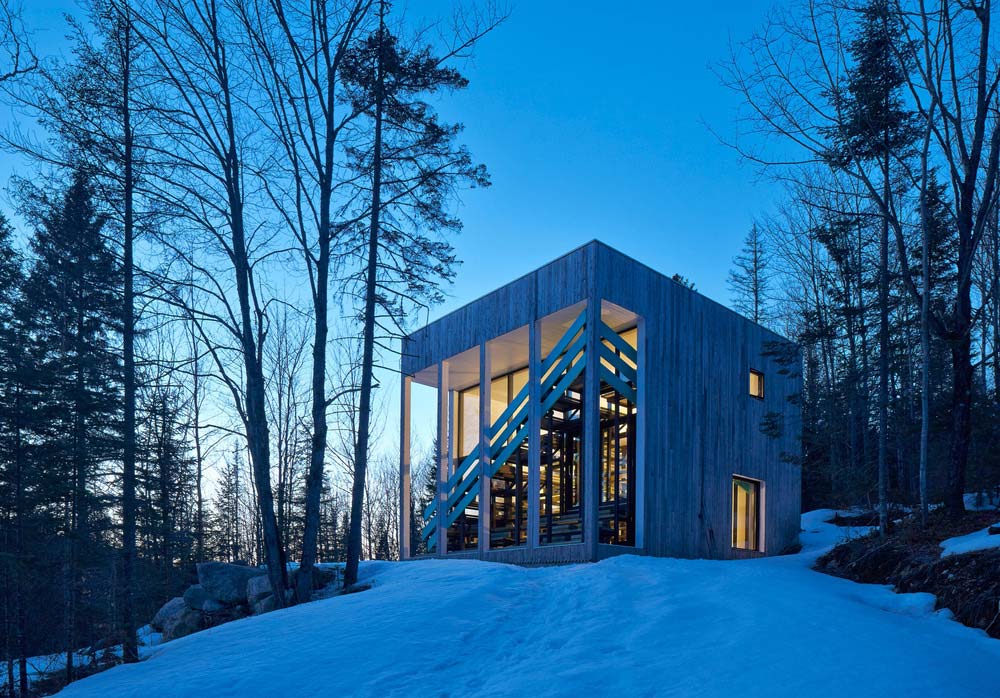 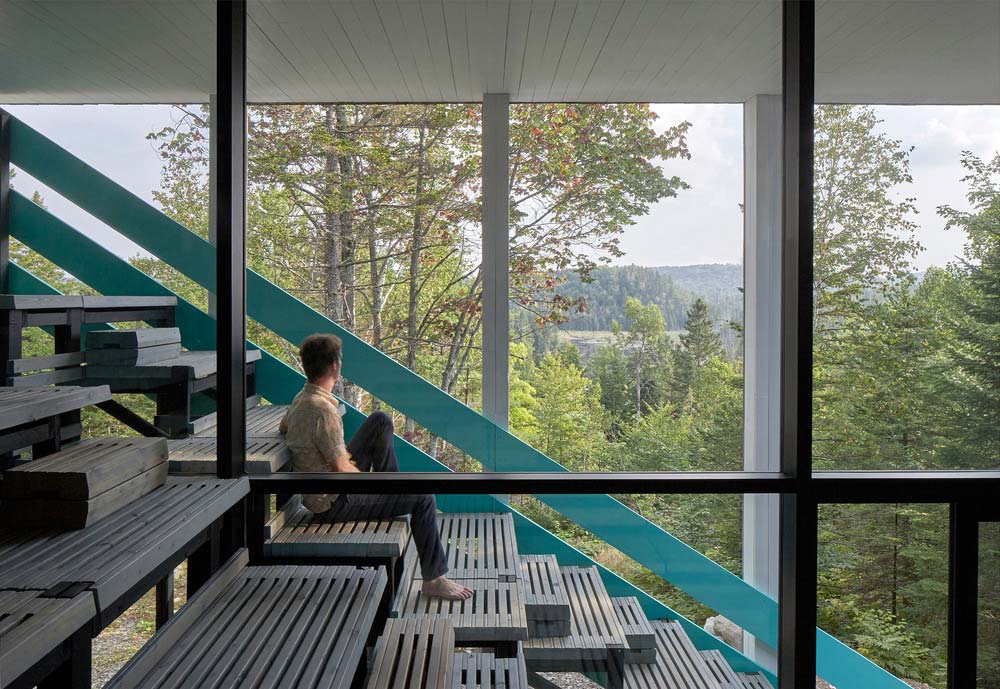 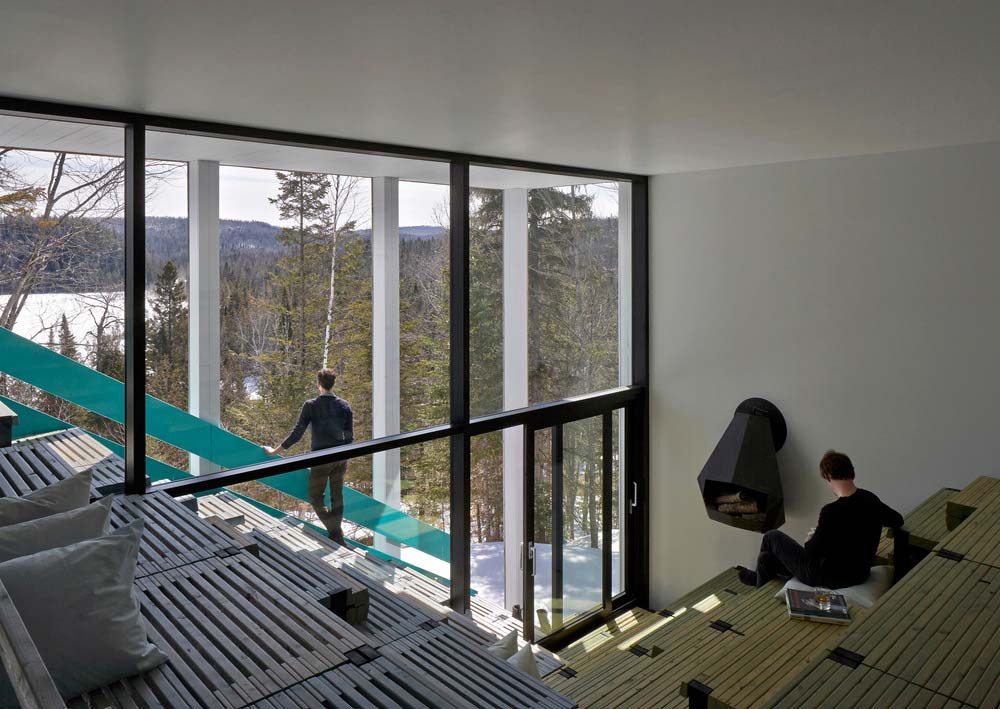 Behind the stair is a foundation-to-roof wall of towering glass, opening all interior spaces to the money-shot view of Lake Jasper. The exterior stair and it’s adjacent decks provide covered outdoor space, a visual and physical buffer that acts as a semi-protected public hang-out area. This is the focal point of the design – the interstitial space between in and out – activated by human movement and interaction. 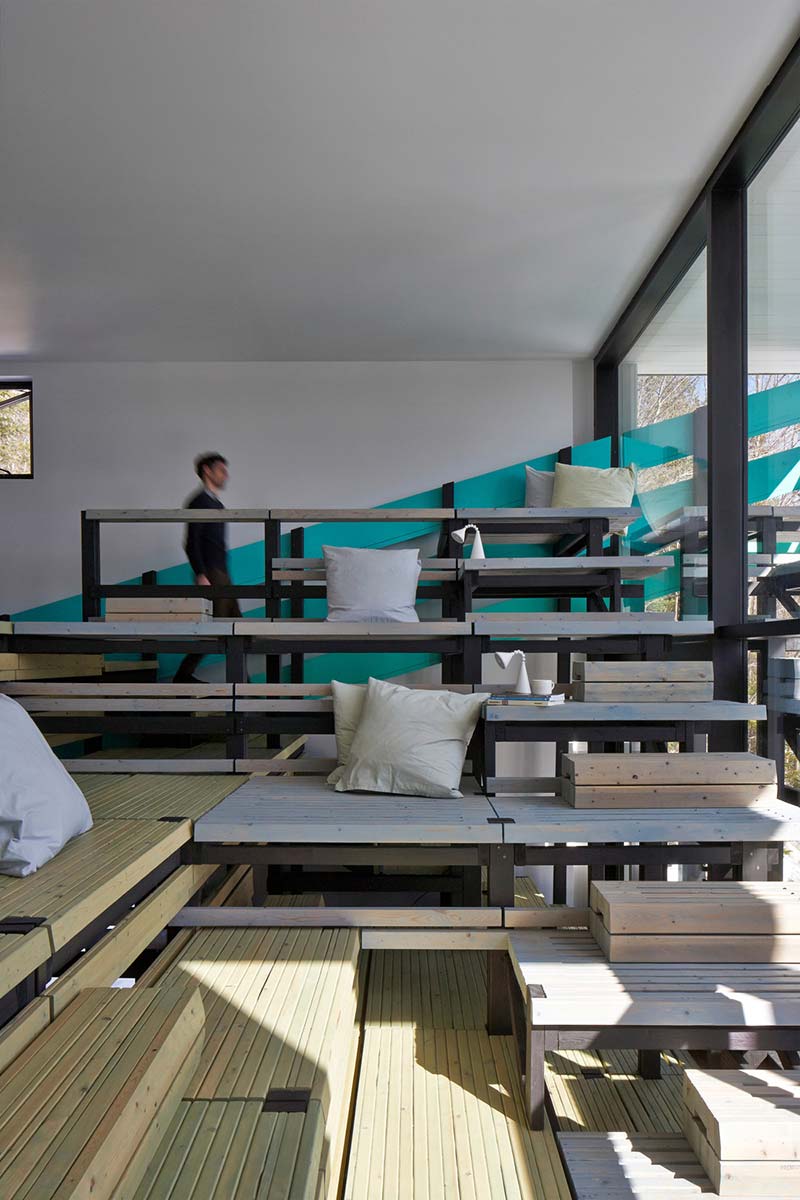 The wood lattice work that makes up the deck structure is repeated on the interior. It feels more like temporary scaffolding than a permanent division of space, which adds to the ethereal qualities added by an abundance of light and air. It reinforces the playfulness exhibited by the radical facade that defines the project. There is a clear interest by the architect in how space is occupied and inhabited, made evident by the loose division of function and the blurry definition of the traditional room. 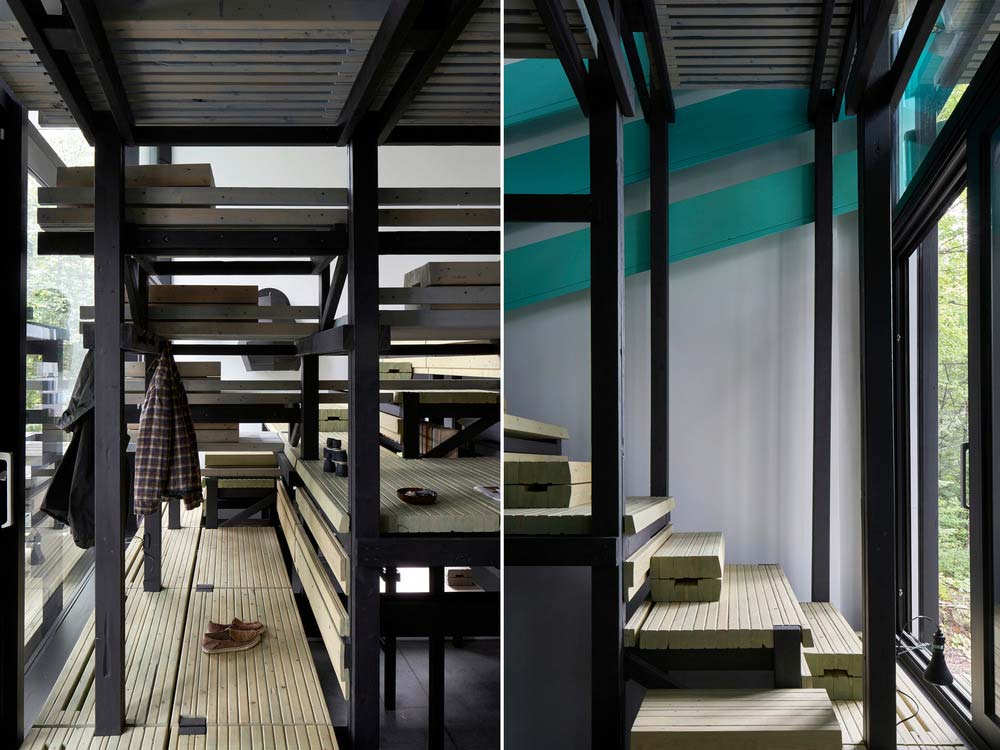 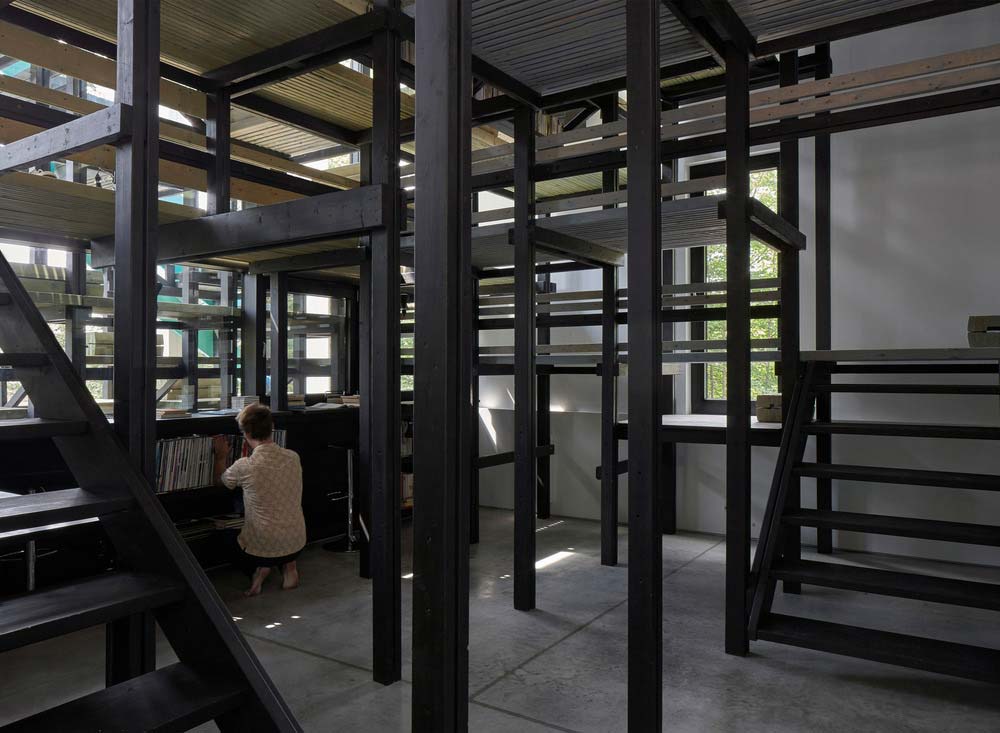 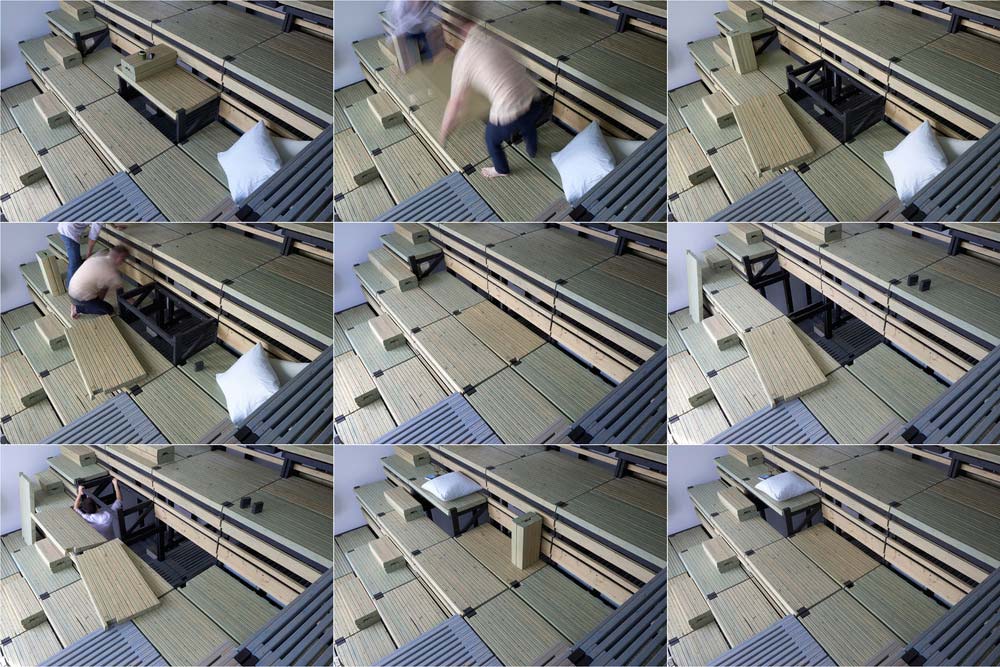 In all of its oddities and irregularities, the overall form of the home has an important functional purpose. The massive wall of glass is smartly oriented towards the south, positioning the interior space for optimal solar heat gain in the winter months. Furthermore, a looming roof overhang protects when the sun is at its highest in the summer. Passive heating and cooling techniques such as these utilize nature in a way that gives back more than it takes – the true spirit of sustainable design. 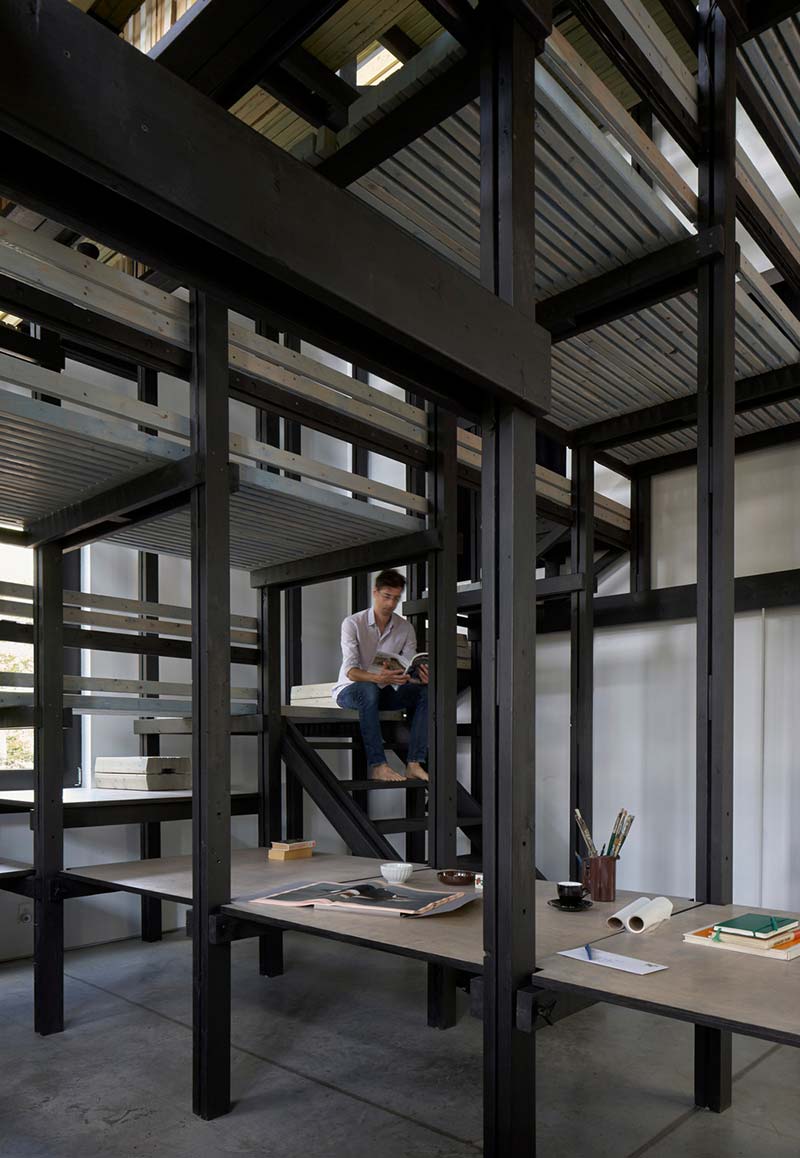 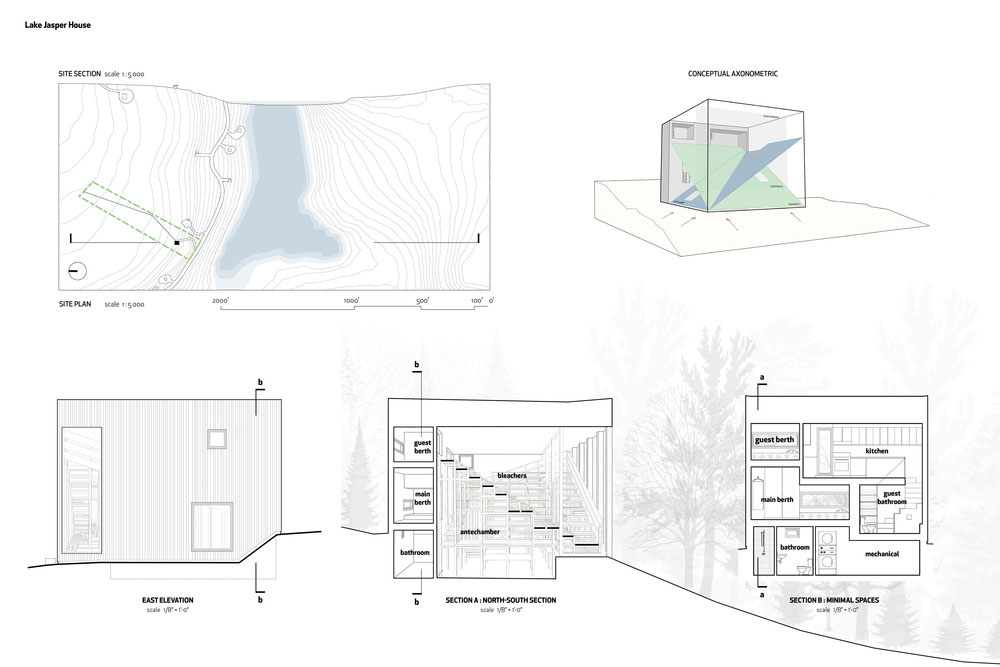 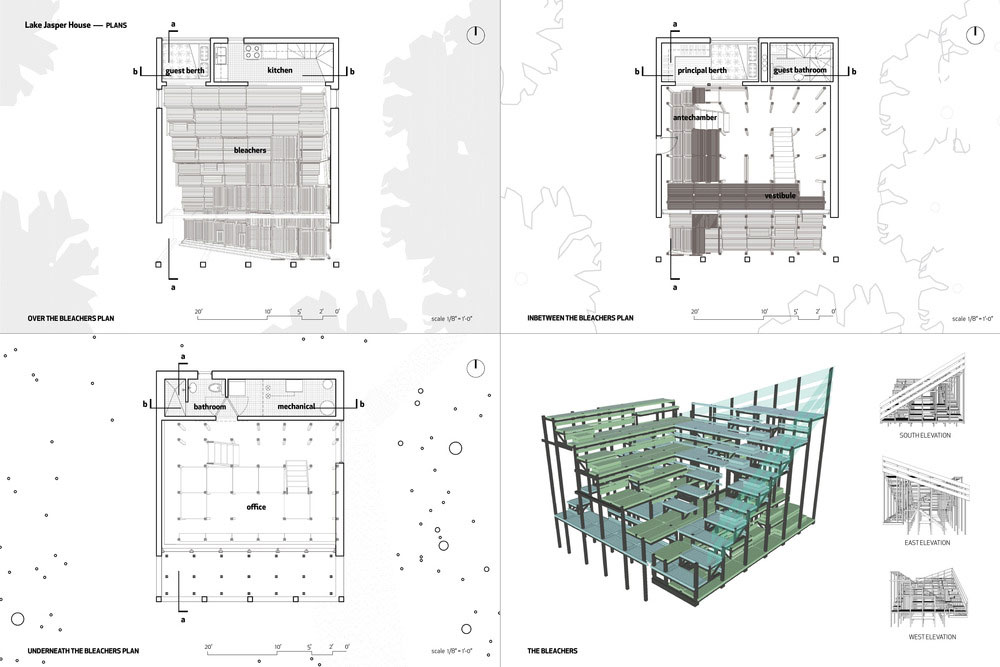