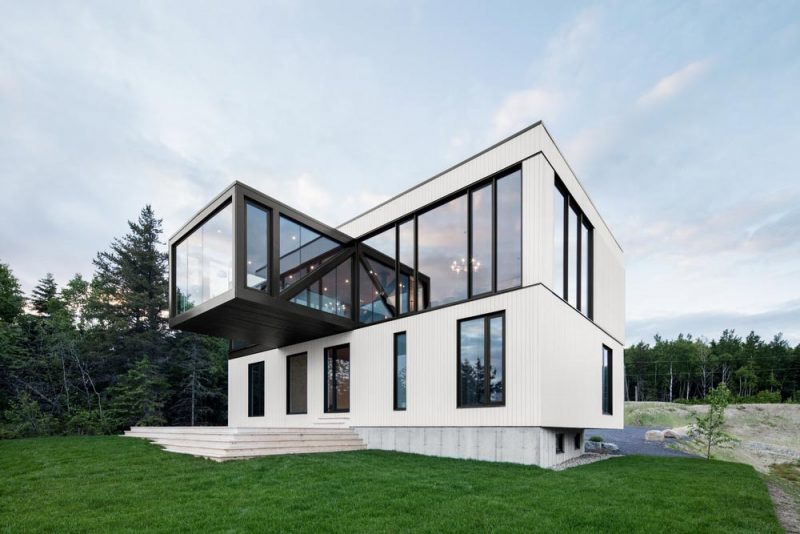 The “Blanche” Chalet is a calm, quiet expression of raw architectural simplicity. Few formal embellishments were necessary to create this marvel of subdued intersecting geometries, resulting in a pure and simple collection of inhabitable nodes. ADCF Architecture managed to cram an incredible amount of design into something that, at face value, appears so nonchalant. But a deeper dive into the nuance and thought given to this modern chalet reveals something altogether remarkable.

Formally, the home consists of a rather unimpressed two-story cube, punctuated spectacularly by a horizontal box that cantilevers out of either end on the upper floor. It appears as if the extruded volume of space was shot out of a massive cannon and lodged itself squarely in the unassuming contemporary home. It’s the defining characteristic of both the interior and exterior experience, and gives just the jolt of design eccentricity the otherwise understated experience needs (and deserves). 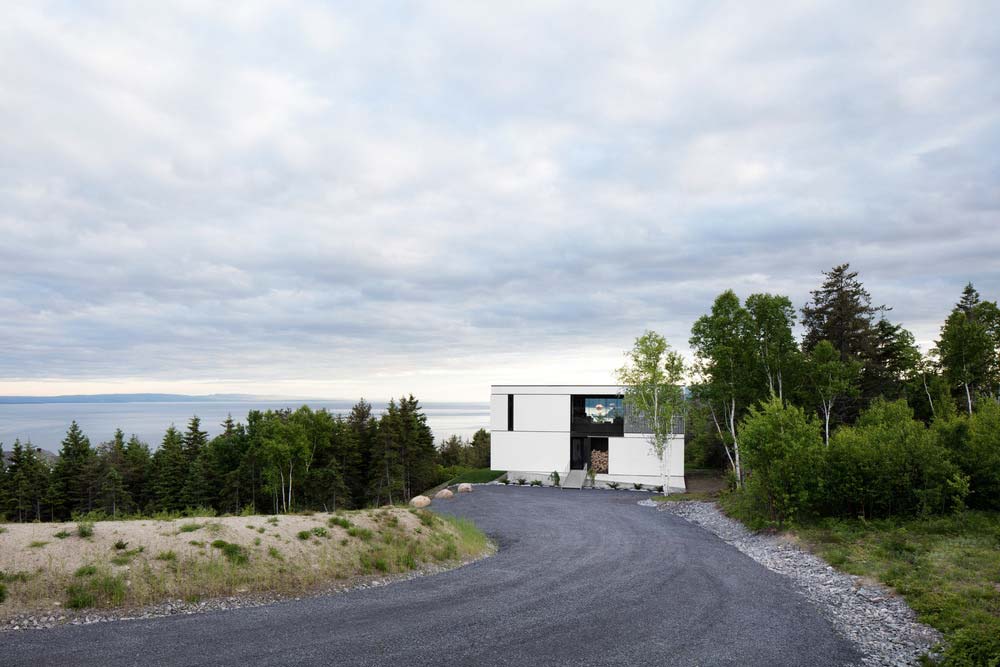 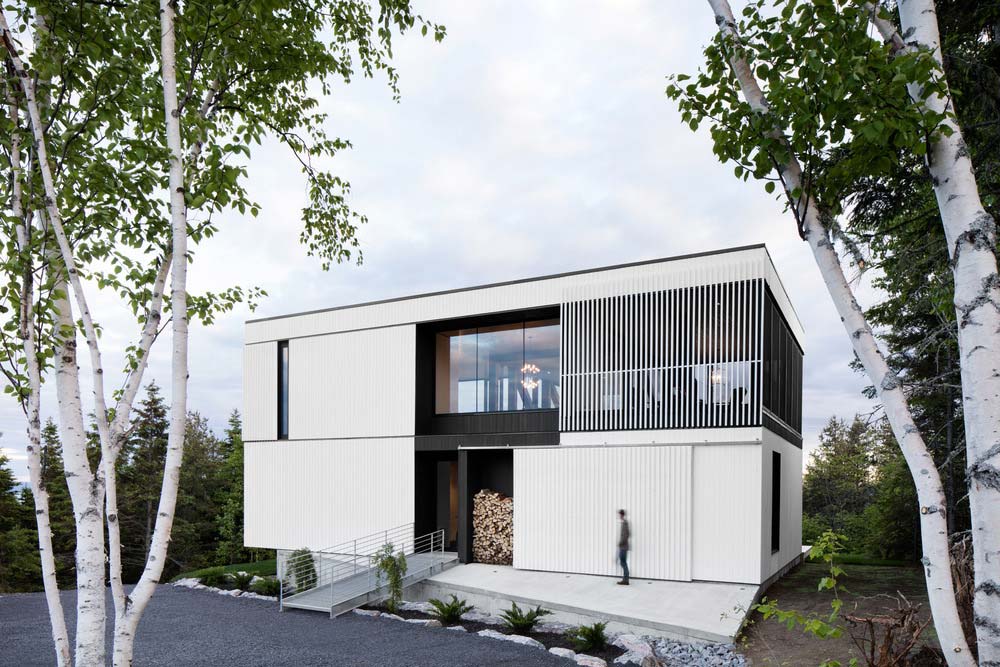 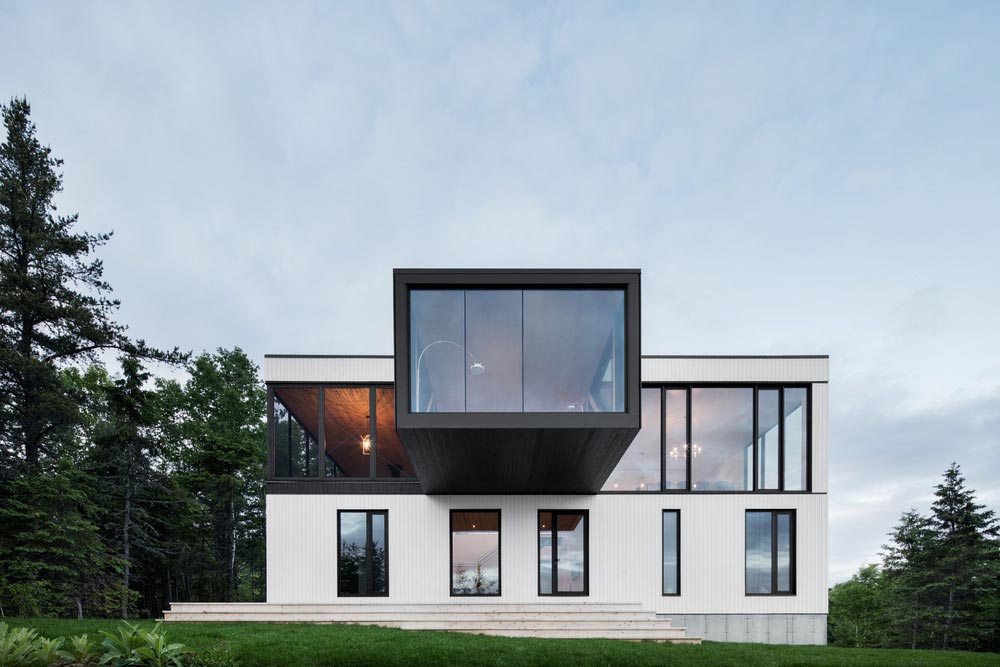 The rest of the facades are wrapped in exposed white concrete and black-framed glazing panels. There are moments of interaction between sight and scenery that range from subtle to…well…not so subtle. The ground floor features momentary glimpses of exposition to the surrounding mixture of forest and ocean. The juxtaposition of scenery are reflected by the stark change that happens internally, as you walk upstairs and are bombarded with a fire-storm of views, textures, and an unbridled sense of place. 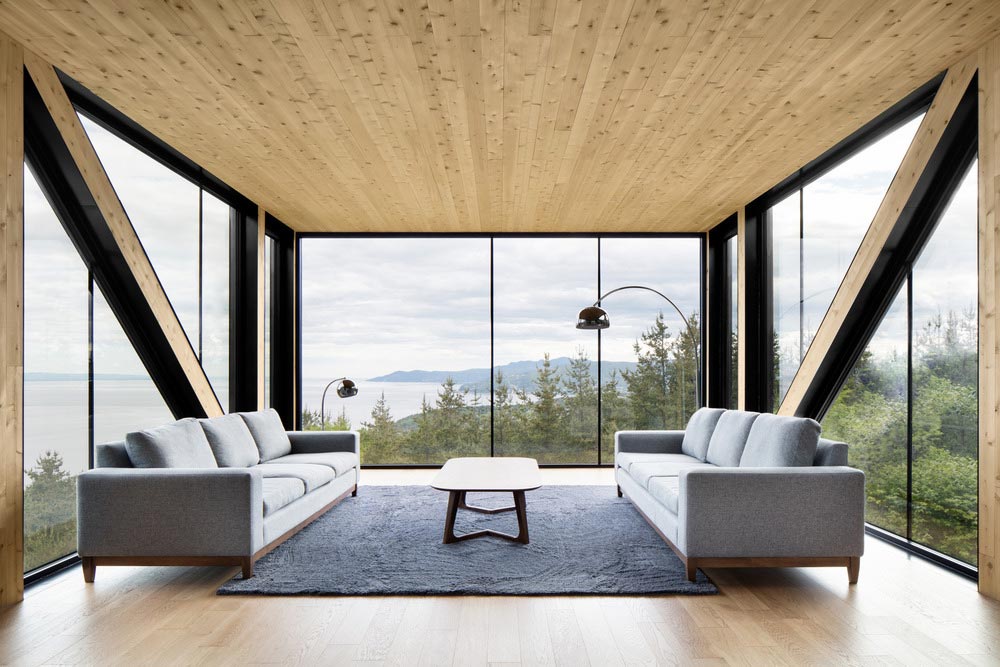 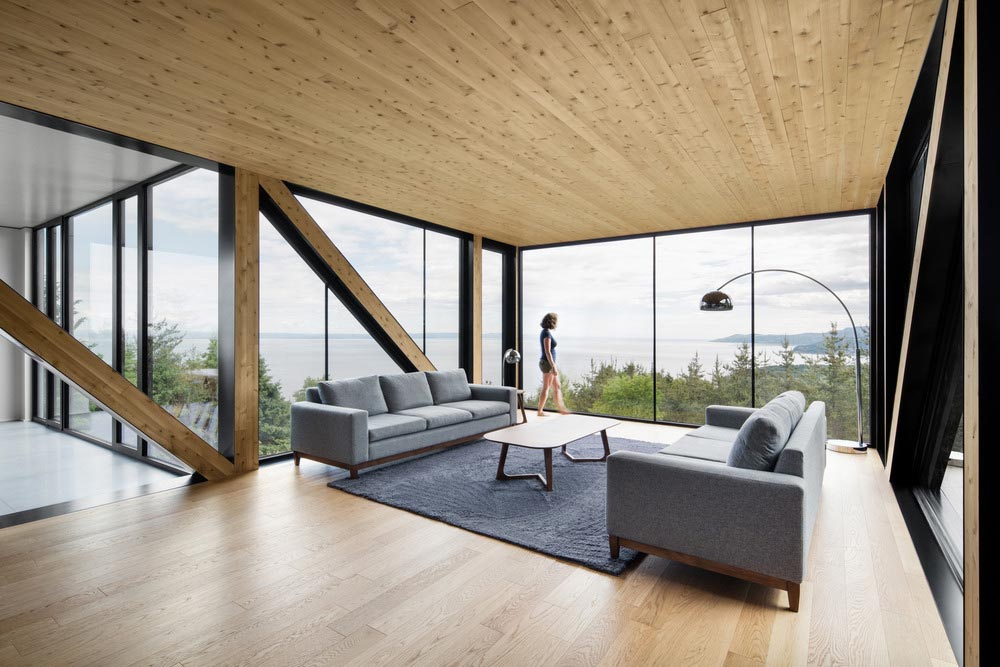 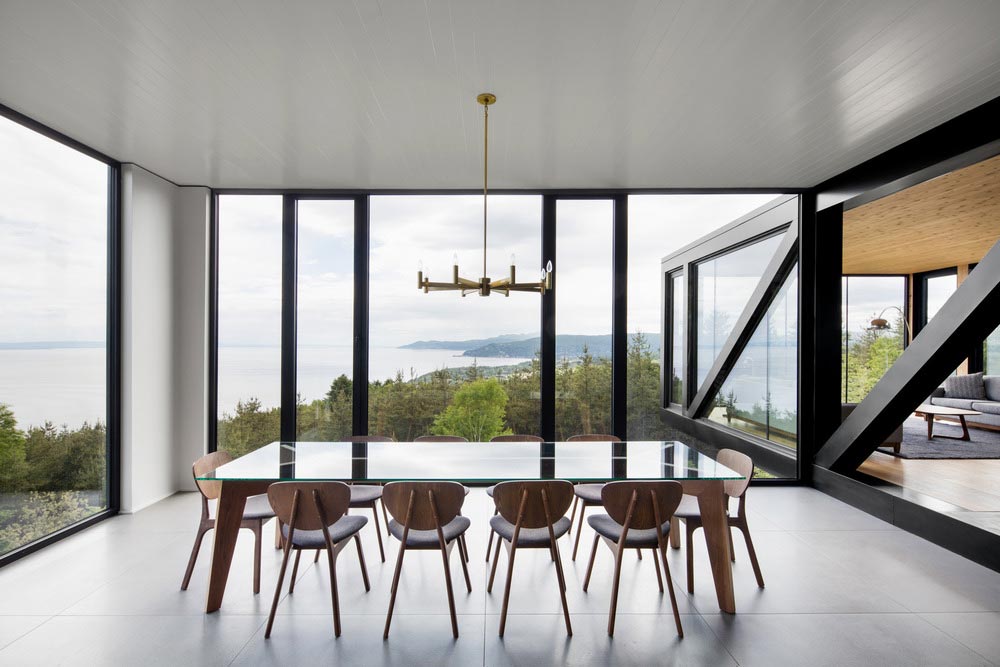 The cantilevered volume extends out into the open air, wrapped in floor-to-ceiling glass panels and an exposed steel box truss. It’s as if someone ripped you from the comforts of a traditional “home” experience and threw you into a tumble dryer big enough for a human, then spit you out on the edge of some far-away cliff. This perch is the intersection of man and nature, made even more impressive when set adjacent to the carefully considered and subdued interior spaces that precede it.

With the “Blanche” Chalet, the architects set out to create an experience that embodied the atmosphere of the surrounding area. Where they succeeded is less about copying what they saw in this site, but rather how they managed to compliment the land without patronizing it. What they created is something that initially appears utterly alien, but emerges from behind the curtain to be something that could have been just as easily sprouted from the ground it sits on. 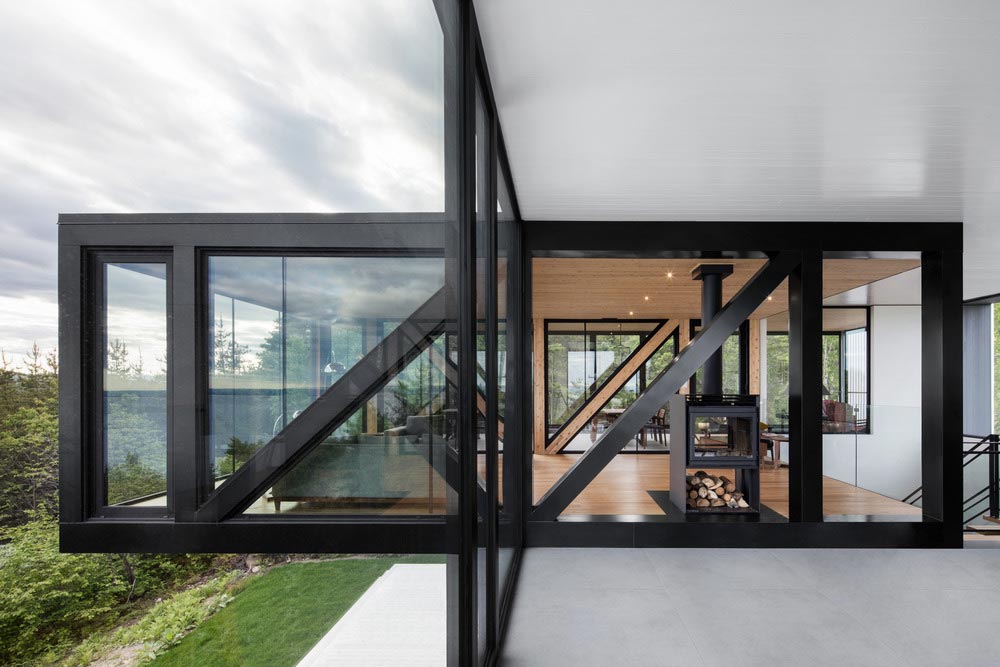 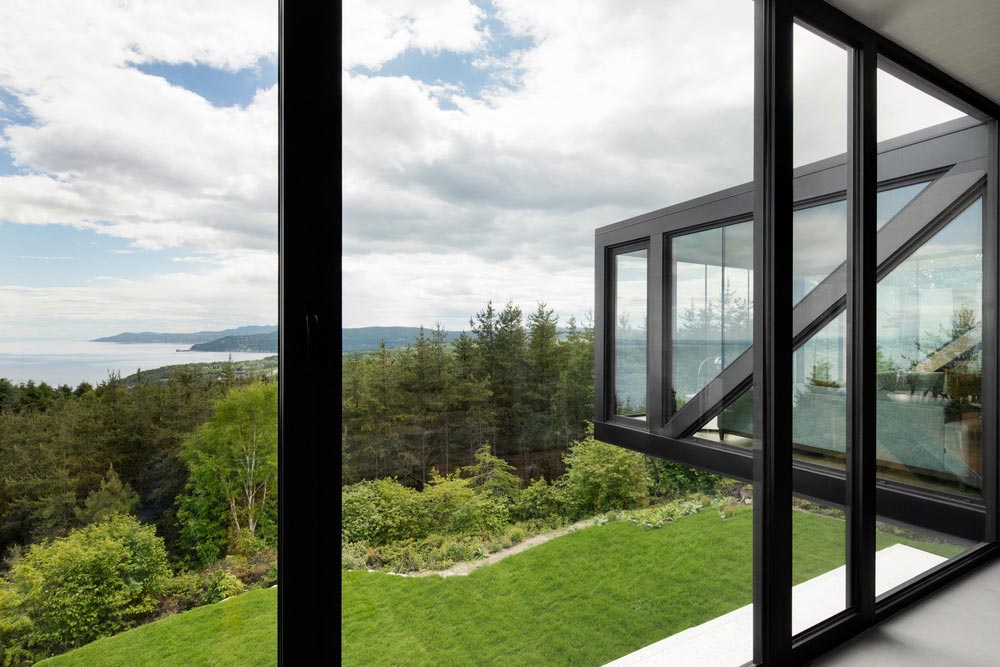 One thought on “The Blanche Chalet”