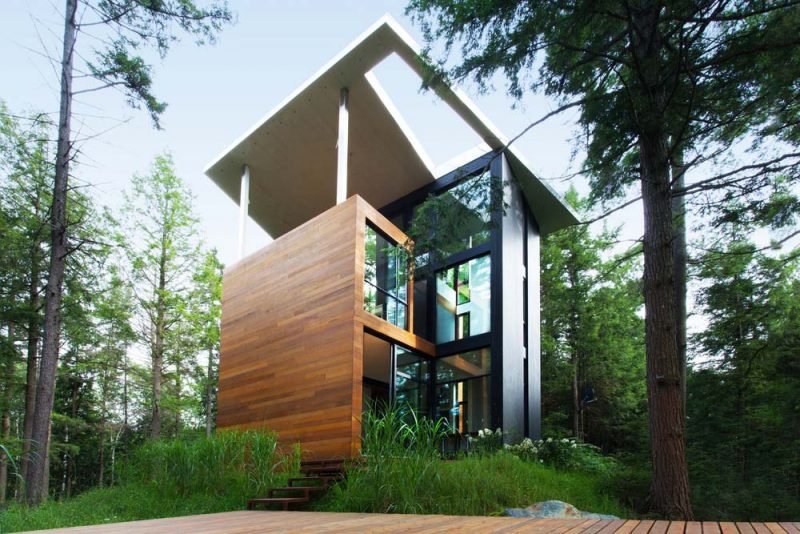 The house of Sculptor Jarnuszkiewicz

Famed sculptor Janek Jarnuszkiewicz collaborated with architects Claude Hamelin and Loukas Yiacouvakis to design a contemporary, forest home that encapsulates the personality and style only an accomplished artist could provide. The concept was built upon a layering preconceived rules established by the designers as a way to guide their hand when positioning program, space, and volumetric expressions. It can only be described as ‘sculptural.’ The result of these rigorous parameters is a stunning achievement that is much more than simply an object of the owner’s affection.

The primary massing of the exterior is composed of two fractured wood volumes that interlock in a tangled web of open spaces. While the organization might seem chaotic, the method quickly becomes apparent as the interiors begin to reveal themselves. At ground level, the dining room flows into the kitchen which flows into the living room – all of which spill with haphazard certainty over the conditioned bounds of the interiors, into the vast pine forest that engulfs each vantage. 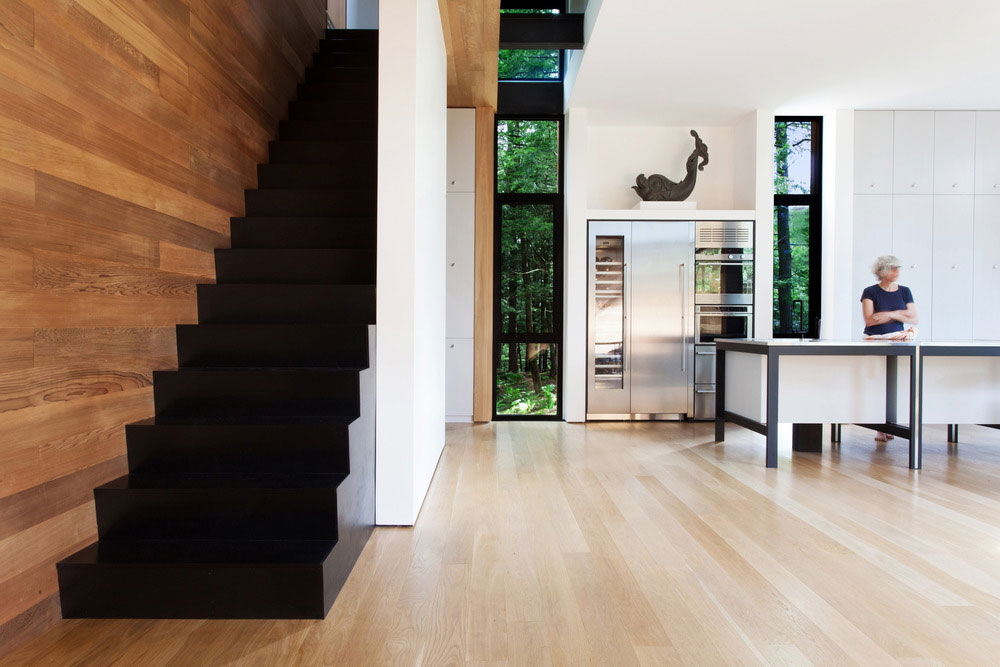 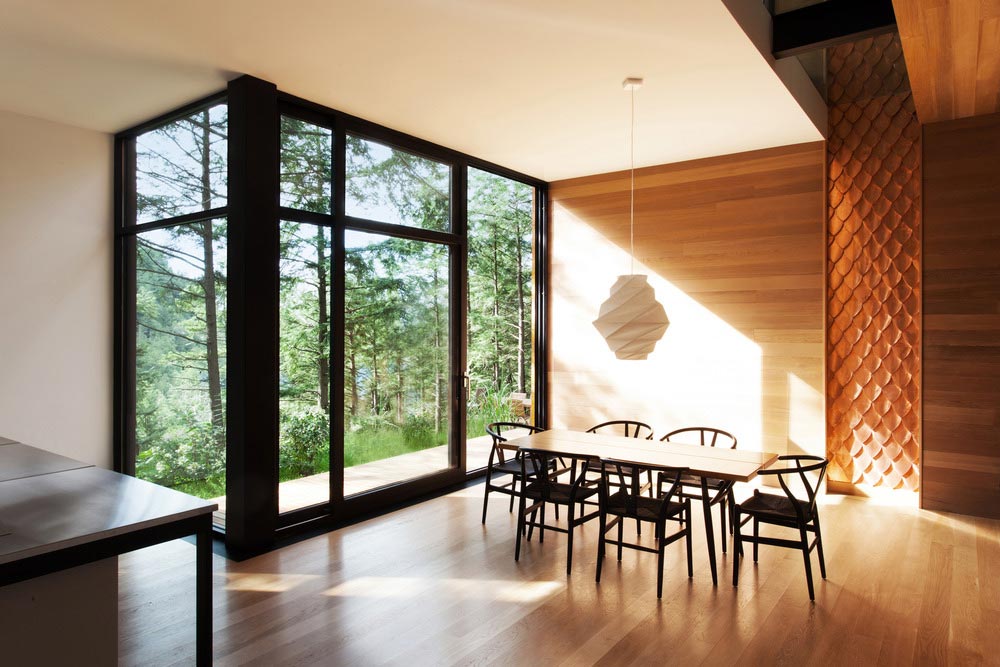 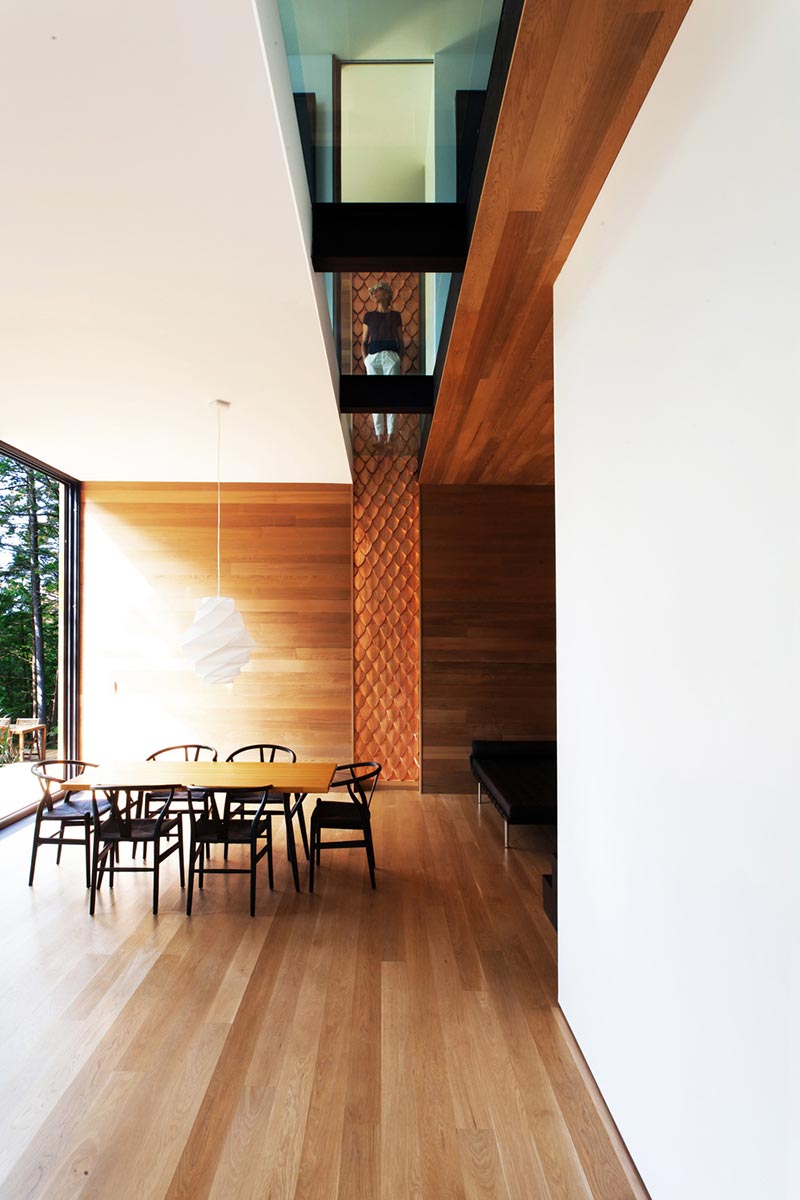 If materiality is the primary design tool, dramatic lighting isn’t far behind. Each corner of the interior is flooded with an abundance of light. Muted. Dispersed. Direct and reflected – in ways that change throughout the day and undulate intently with the passing seasons. The House of Sculptor Jarnuszkiewicz is as much a product of its environment as it is of its creators. The spaces in between the three-story structure activate the fringes of the surrounding forest, prompting an intense experiential showdown between user and subject. 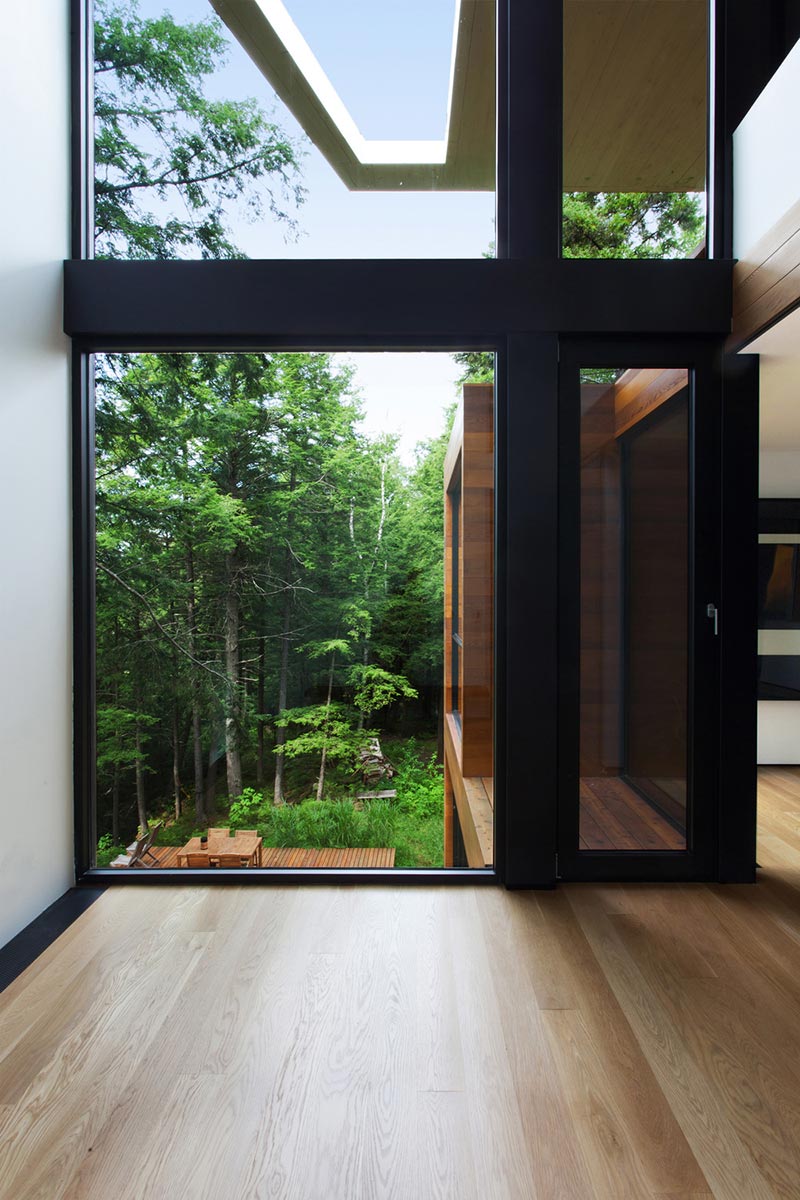 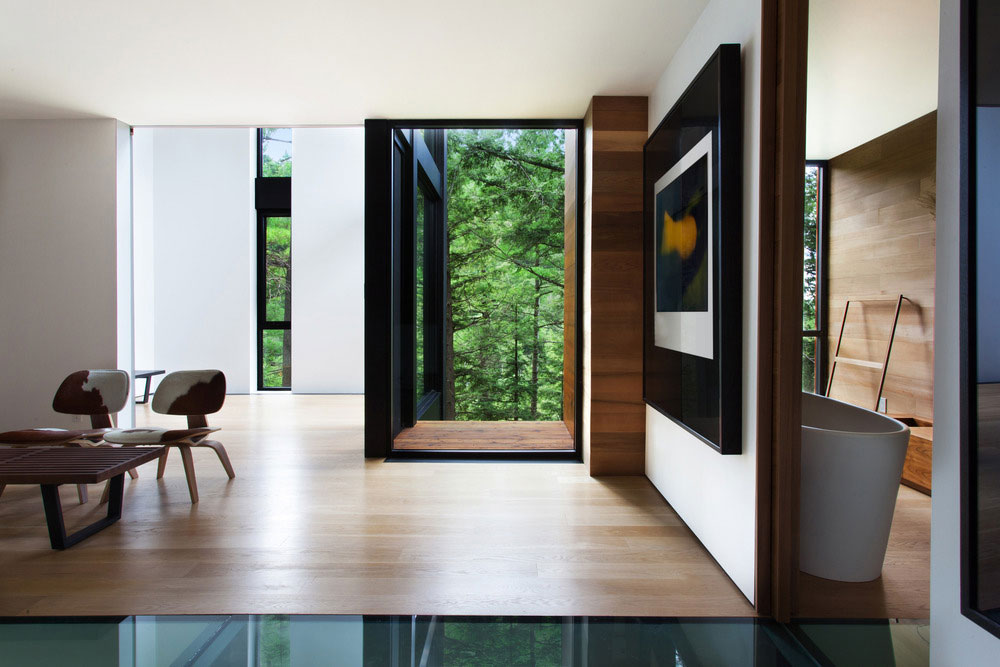 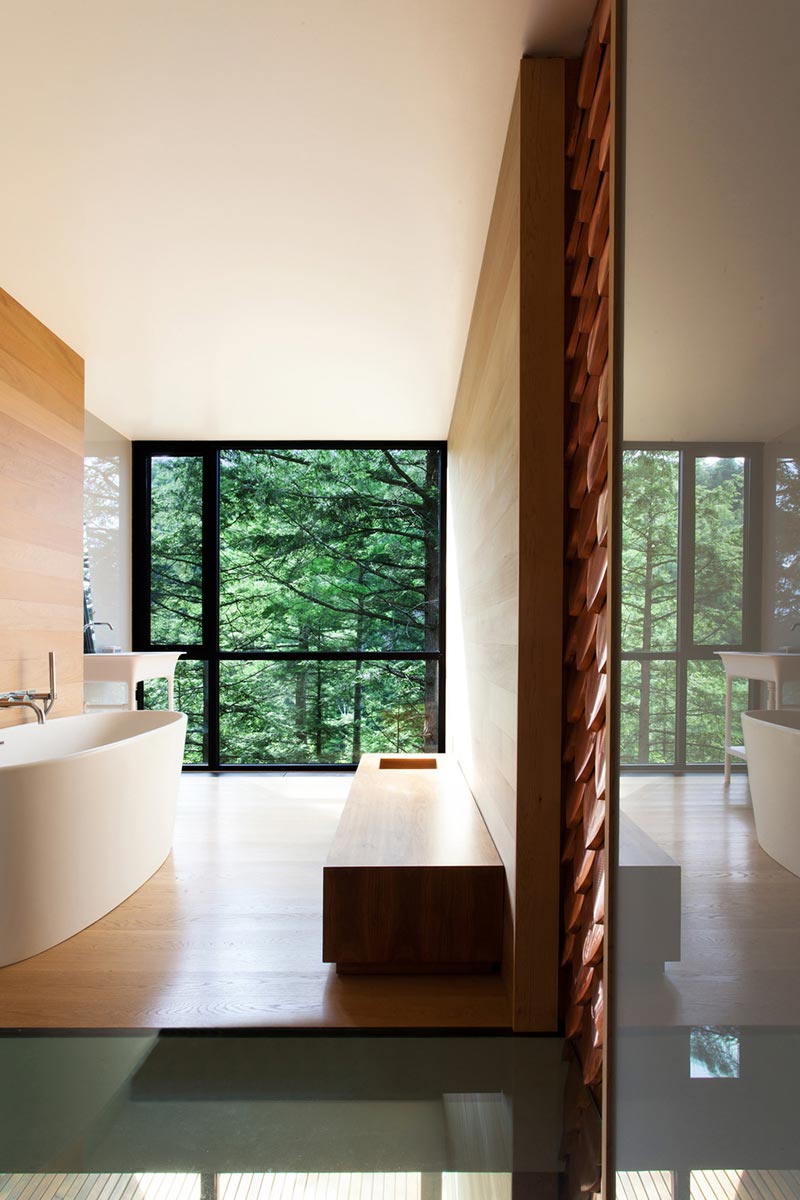 A canopy roof structure is perched on spindly steel columns and finishes the visual climb from foundation to treetops. It is the cherry atop a dramatic architectural sunday that manages to give as much beauty to its place as the place gives to it. This rare morsel of symbiosis is reflected in the systematic dissection of conceptual force behind what has become – in reality – a stunning piece of functional art. 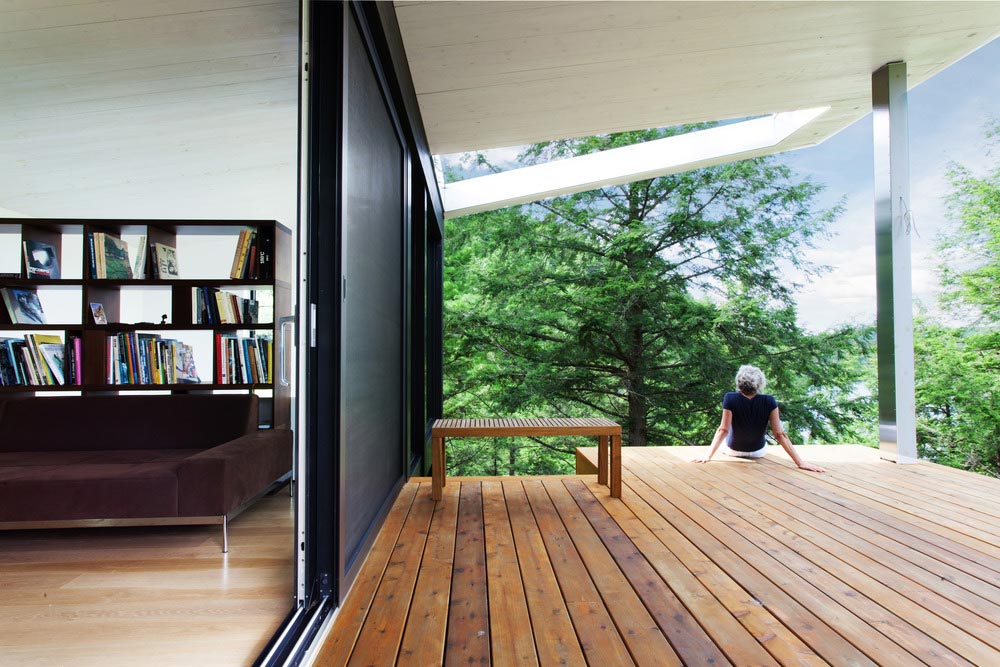 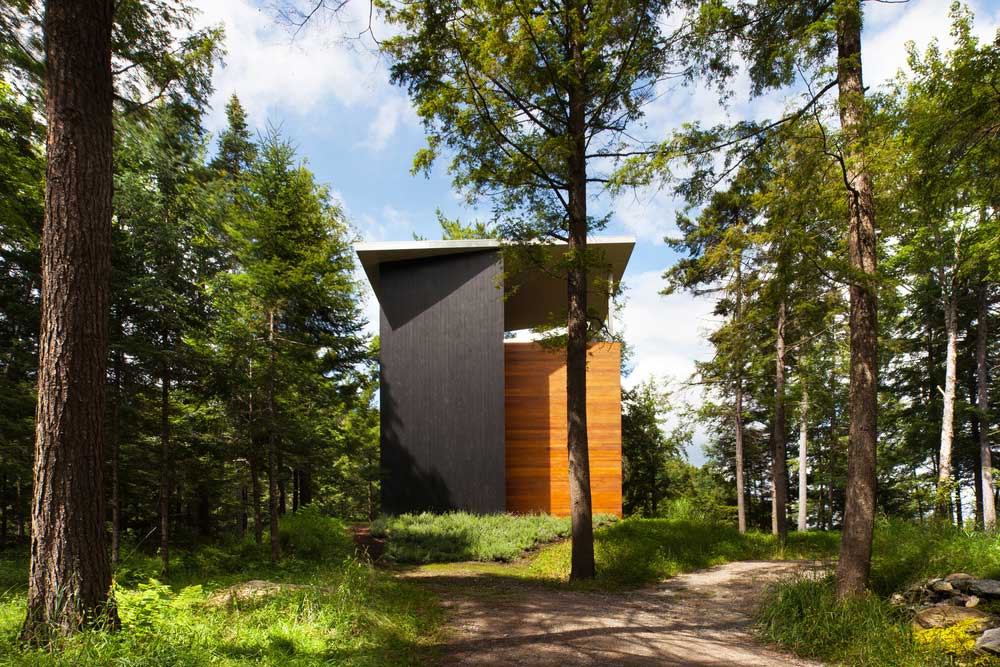 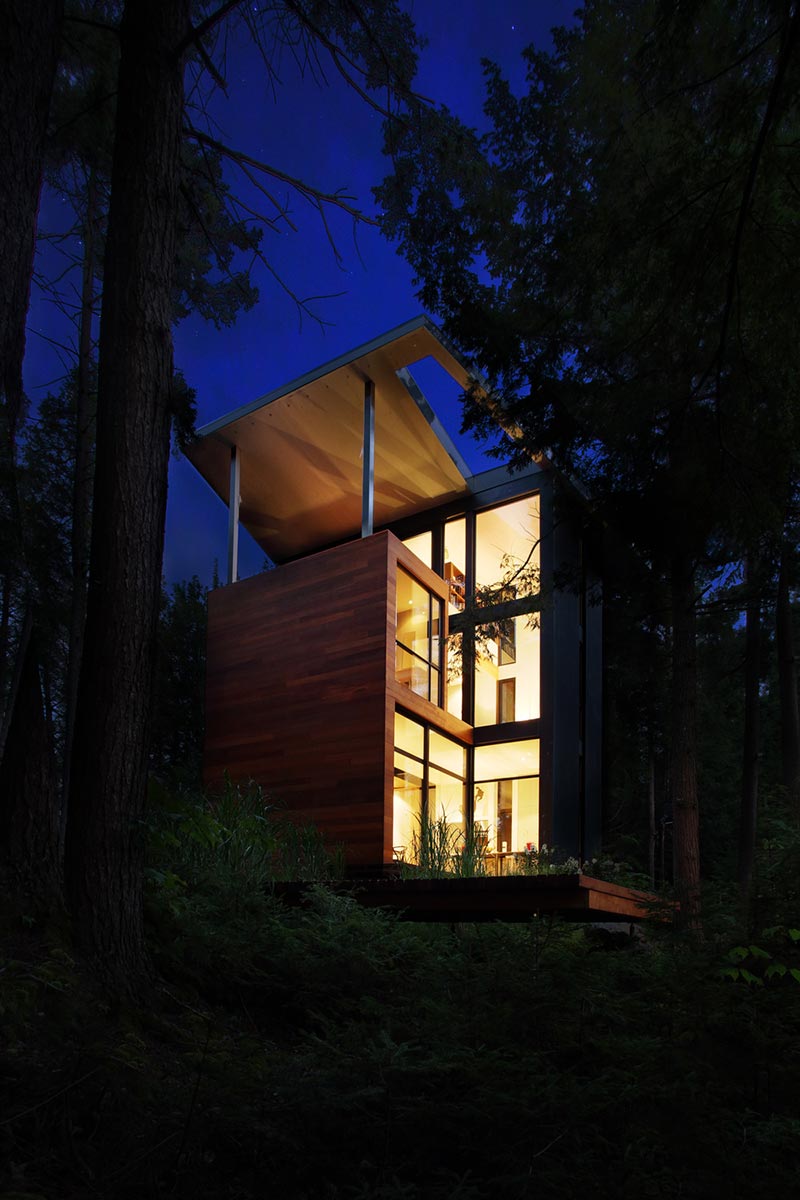