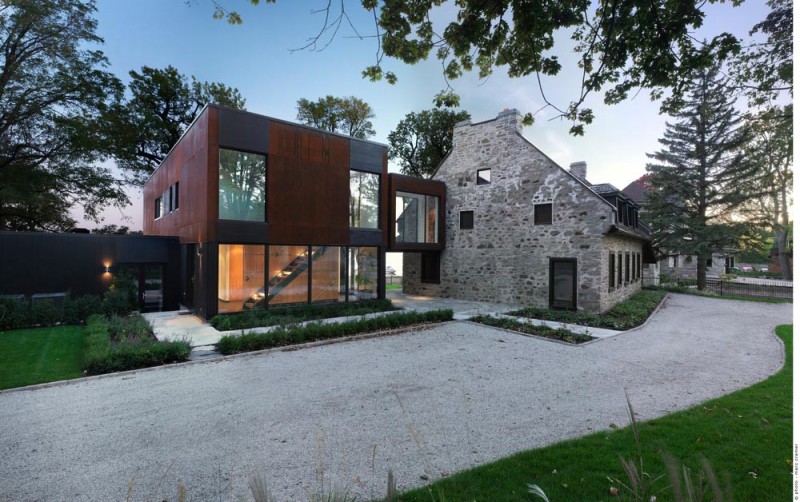 A distinctly modern addition has been created, by architect Henri Cleinge, for a multi-generational family home in Montreal, Canada. The original home, built by the Hudson Bay Company, is 200 years old and built of immense thick stone walls and heavy timber framing. It’s occupied by the great grandfather and the grandparents. Residing in the new brick, weathered steel, and glass two-story addition, the parents enjoy expansive views of the lake. Originally the street lay on the lake side. Now the street lies on the opposite side, opening the water side to incredible views.

Connected by their size and a glass walled upper level passage, the addition greatly contrasts the original home. It deliberately conveys the passage of time in its elegant contemporary form and areas of weightlessness and transparency. At the same time the charcoal grey brick and rusty steel lend a solidity and permanence. Hues in the new materials mimic the historic structure’s greys and blacks revealed in the stone. A multi-level terrace surrounds the lakeside swimming pool, accessed from the two-level living area. The space is flooded with light from upper level windows and two full walls of windows and doors on the ground floor.

Beyond the kitchen, take the stair to the passage that connects to the grandparents’ residence. The heavy timber structure remains yet the rooms have been reconfigured. A full length perimeter desk rests under the dormers. Modern appliances and crisp new fixtures and finishes are completely at home within the sturdy stone walls. 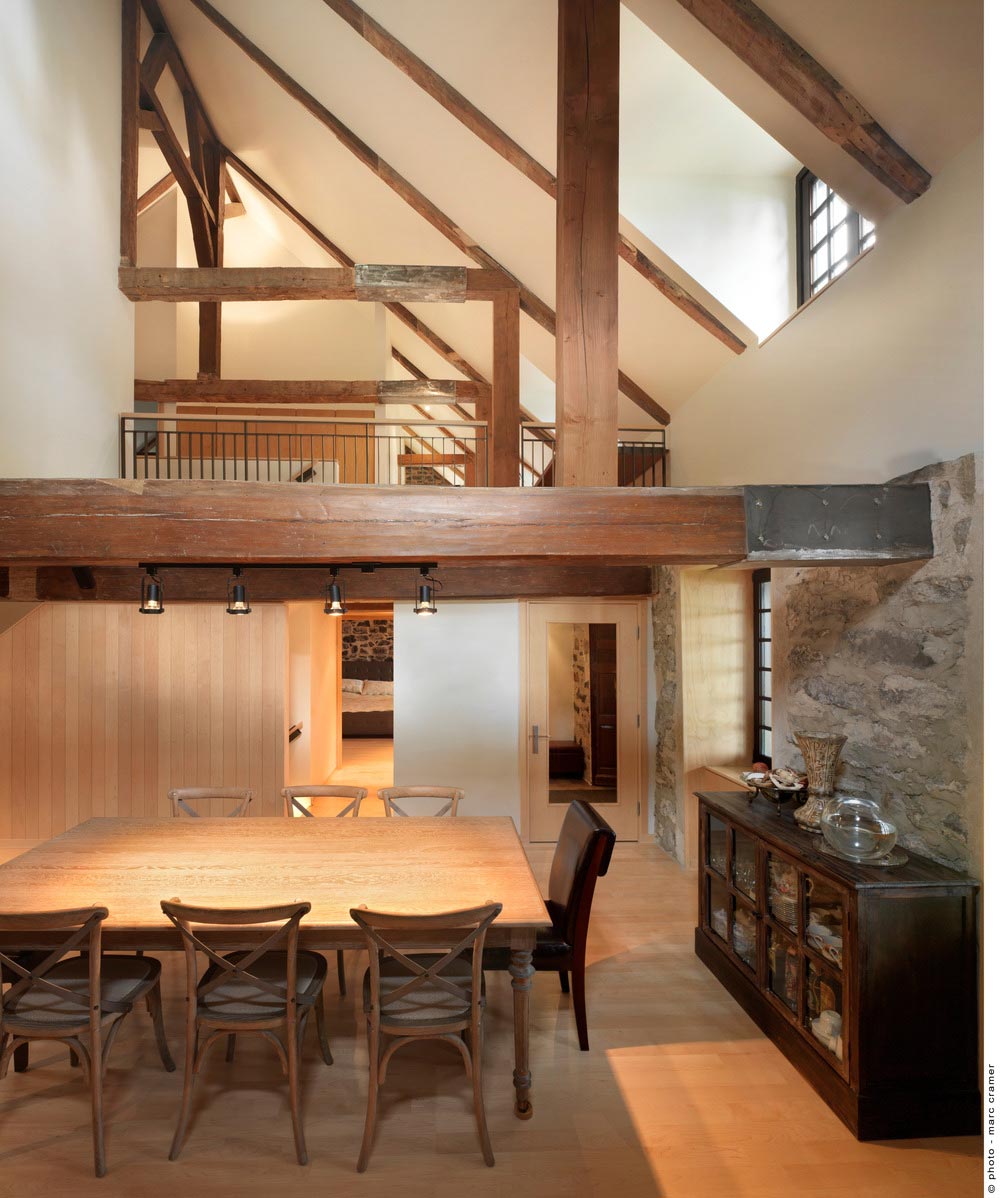