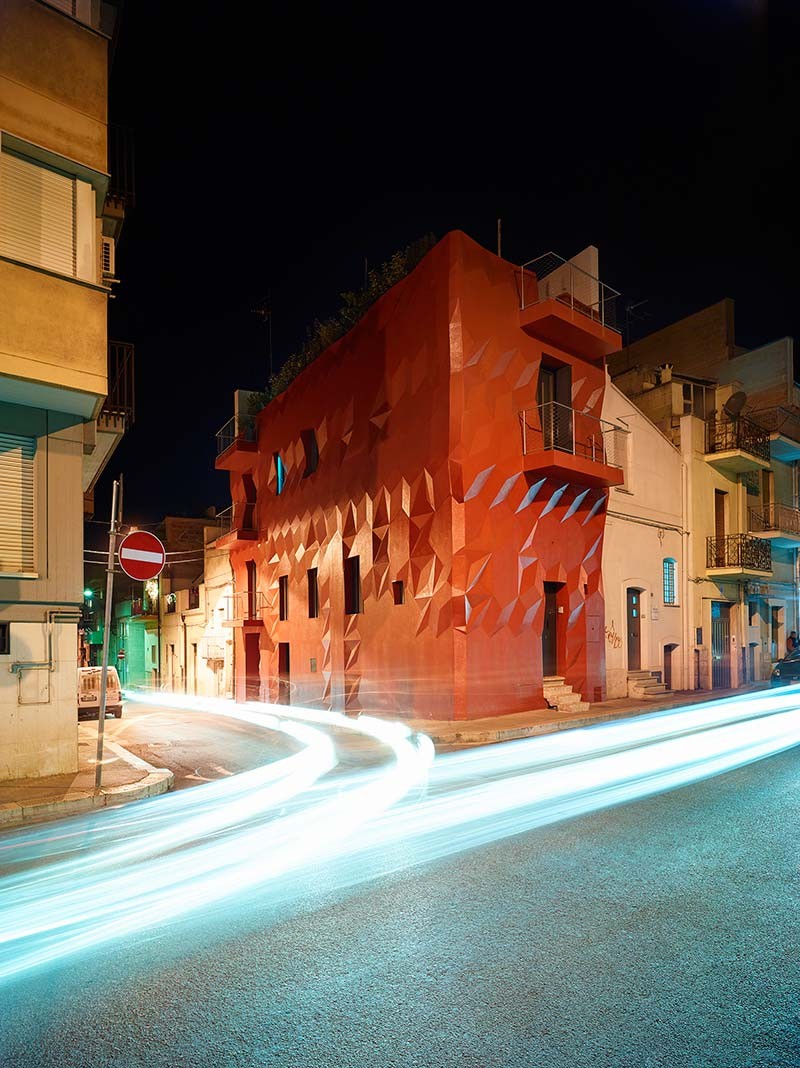 The Seed Of Time

The Seed of Time gives us a bizarre look at what happens when architecture meets science fiction. It’s an experiment in materiality, light, space and color and presents something utterly otherworldly and unconventionally exciting. Designer GG-loop went beyond tradition with this refurbishment project in Altamura, South of Italy. The exterior and interior tell two separate stories: the former about street presence and urban interaction, and the later about sensory inhibition and spatial perception.

The poetry in the conceptual force behind the form of the exterior is enough to melt one’s brain. Anything that looks this alien is bound to be rooted in high-fidelity neo-existentialism and pretentious artistic mumbo-jumbo. The designers credit inspiration for the undulating red facade to something they simply call ‘genius.’ Commence interpretation. Perhaps a simpler description is the facets in the siding represent the vibrations of musical notes – using architecture to explain the complexities behind a composed work of tones, melodies and timbre. The result is a geometric conglomeration of ins and outs and ups and downs, apparently inspired by the music of King Crimson. 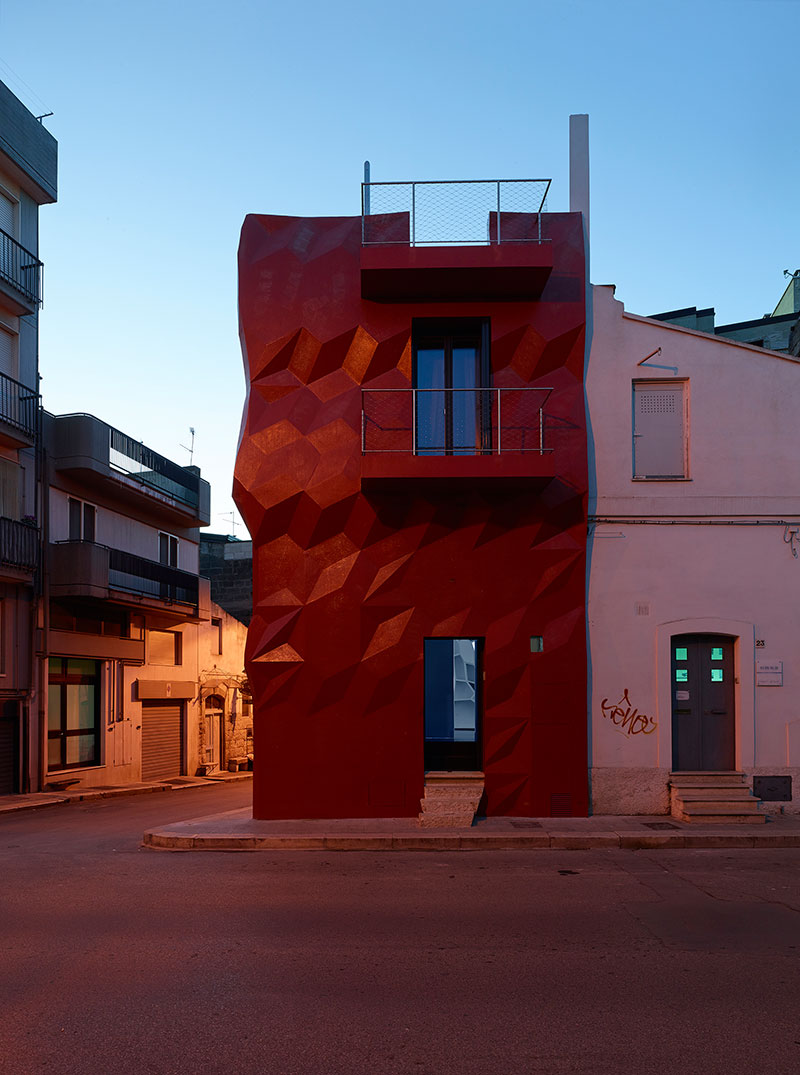 Disregarding what the man behind the curtain is pulling, switching and turning, the structure adds a uniqueness to a traditional urban center void of any real risk taking architectural objects. It’s a neck turner and a show stopper in every sense of the superlative. Three stacked balconies project over the sidewalk and add a bit of familiar formal context to a facade that lacks any real connection to known architectural vernacular. They add functional exterior space, but feel oddly out of place protruding from such an unusual edifice. 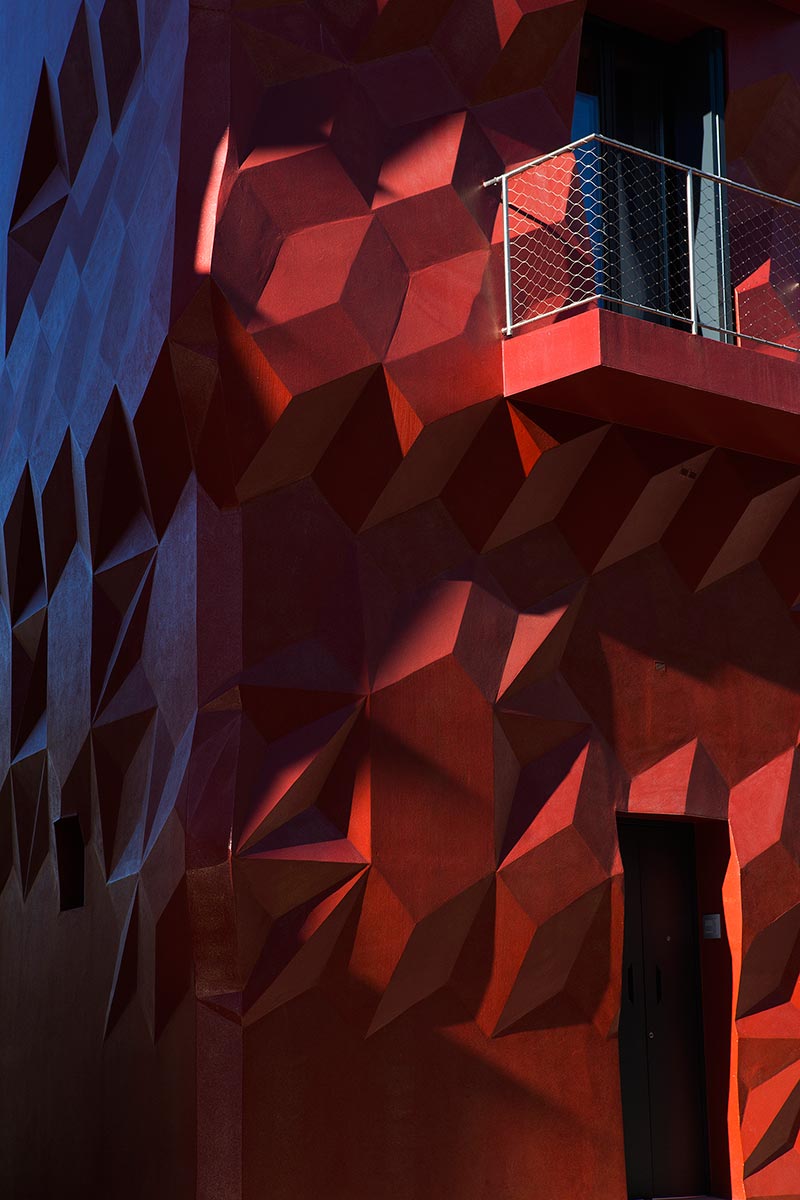 The interior presents a different set of circumstances while maintaining the mad scientist spirit the exterior embraces. Aptly named ‘the infection,’ a series of segmented geometric walls with sporadic color-changing panels play with human perception and distorts sensory familiarity. That meandering, indecipherable description doesn’t even begin to do the experience justice. There are only enough windows to let in parcels of light through pentagonal openings in the faceted wall panels. But perhaps the weirdest thing about the entire project is the inclusion of a segment of wood flooring that is way too normal to be found on this planet. 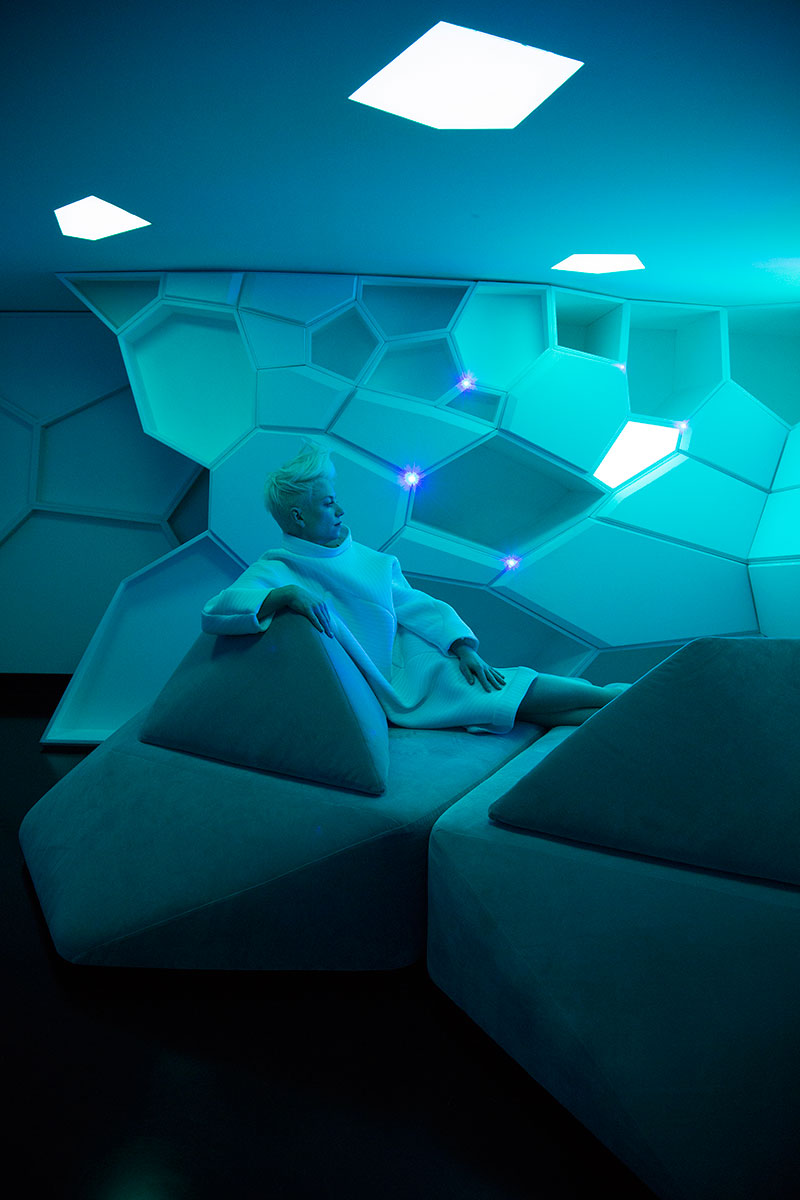 Sometimes experiments end in explosions and disaster. This one, however, ends in a perfect blend of question marks and exclamation points. It’s weirdness is rivaled only by its ingenuity and self-awareness – an architectural object that has as much to say about urbanism as it has to say about the general stuffiness of the design industry. 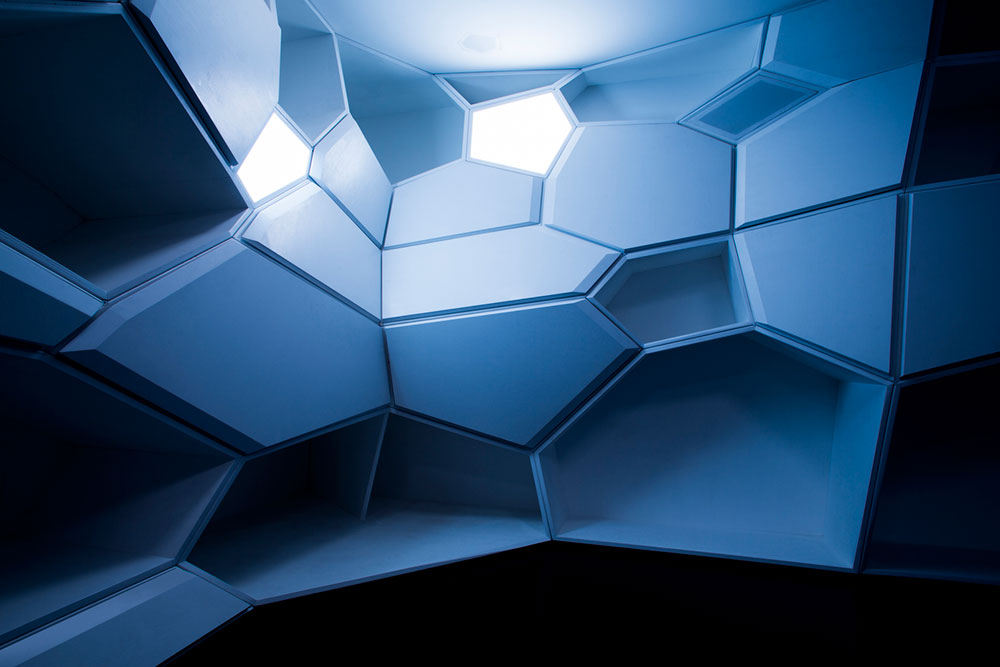 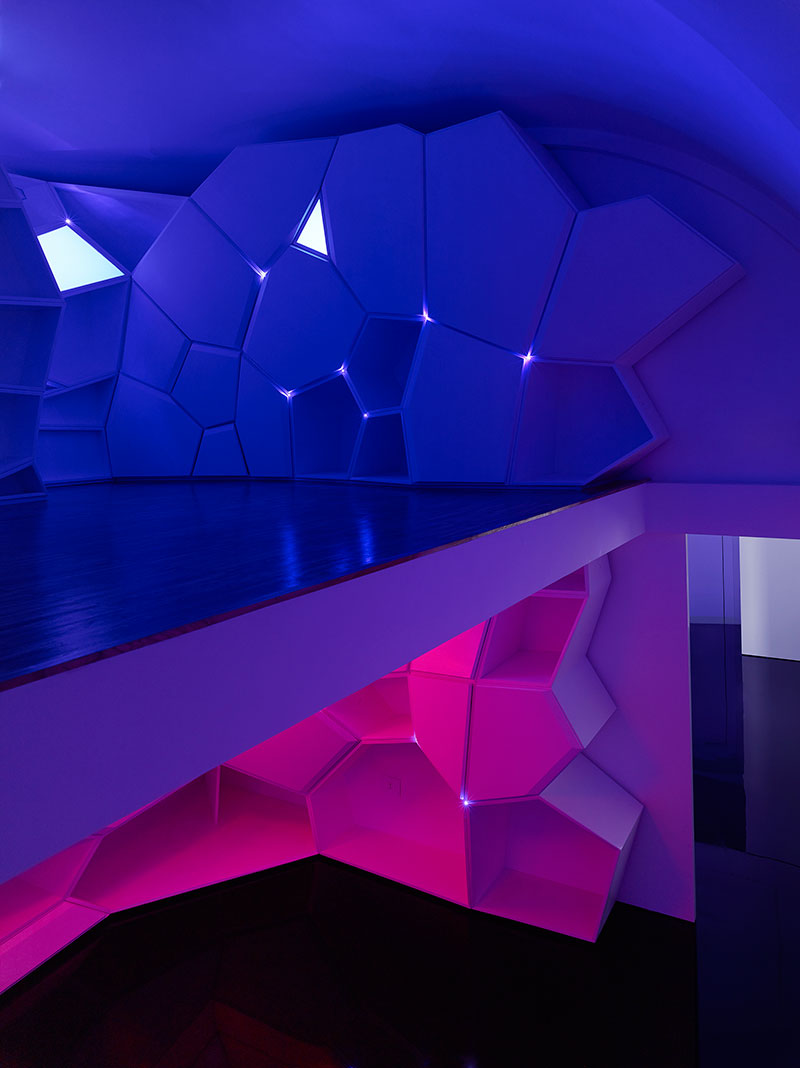 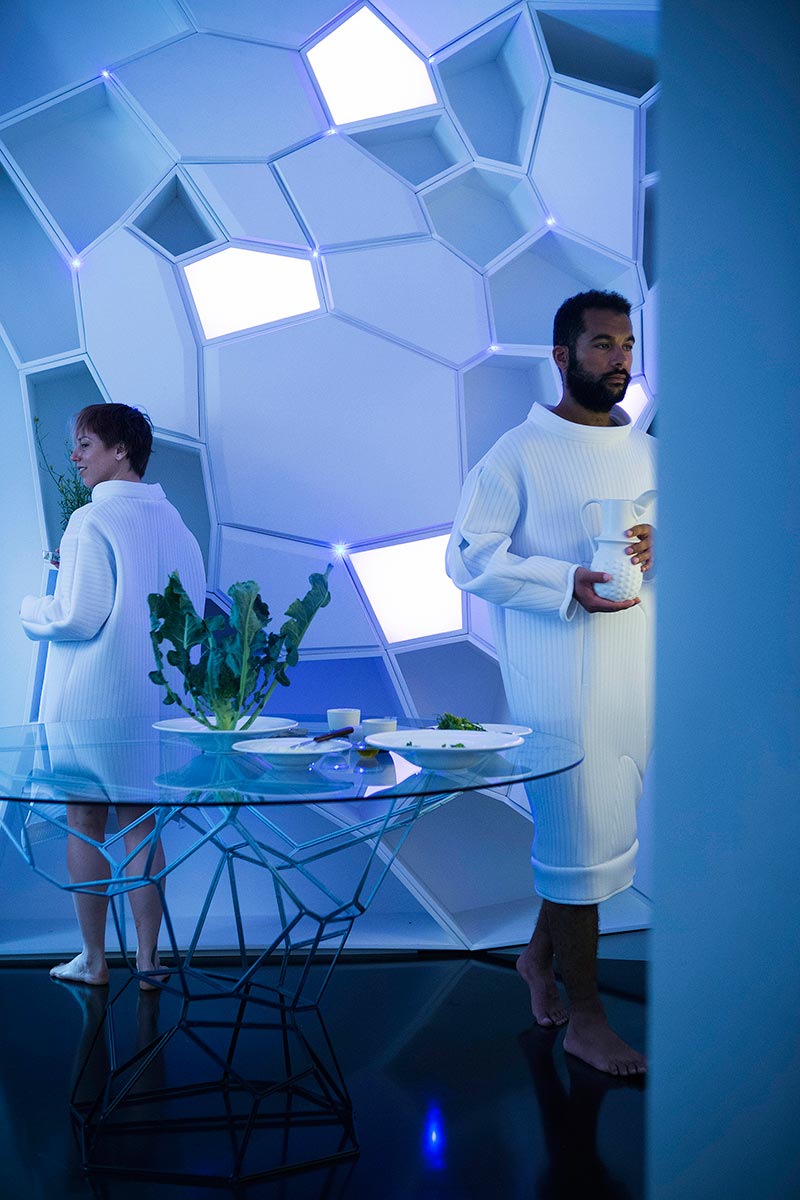 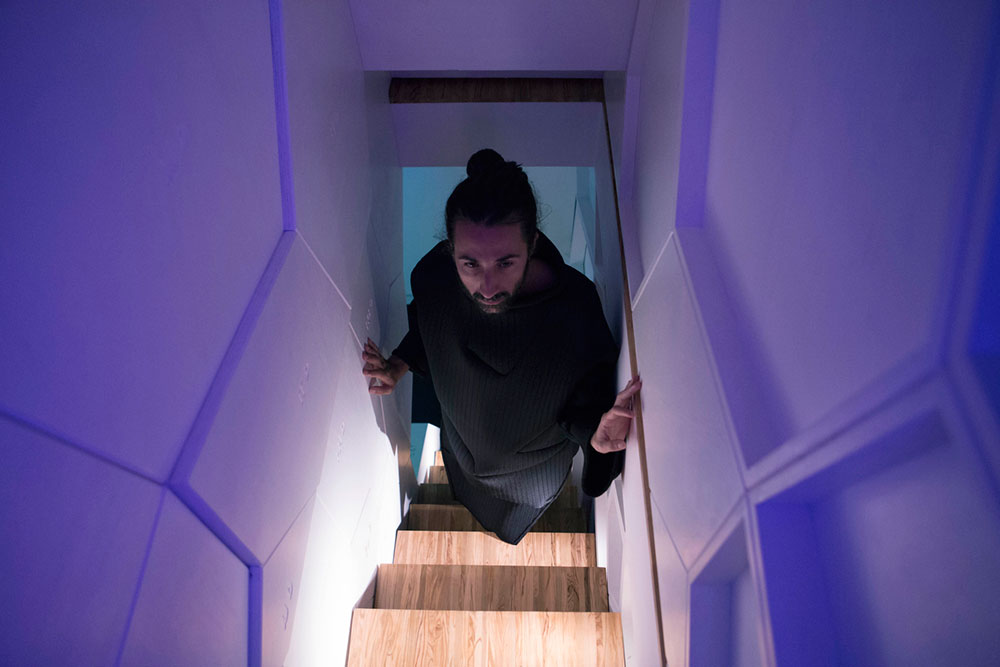