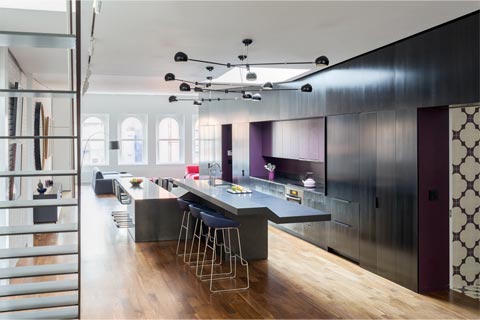 Wooster Street Loft: A Modern Loft with Oodles of Interest 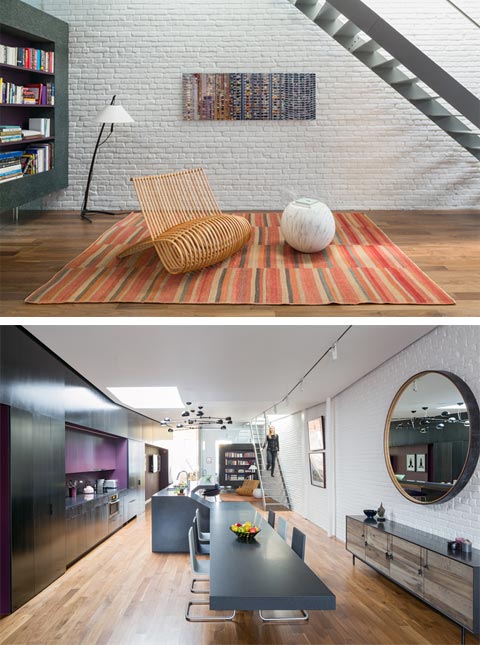 I was struck by what a good job WORKac did with the unusual layout of this trendy SoHo loft. This well thought out, long narrow space is airy and open and has so much personality.

The ceiling’s highest points are at the front and back of the space in order to maximize light from the windows that are located there. The painted white brick wall is a nice contrast to the opposing dark sleek wall. That dark, bronze coated wall actually serves to organize the space while keeping it streamlined – a really clever solution. Behind/within the wall are the kitchen storage, elevator and entrance doors, bathrooms and a laundry space.

The kitchen design really defines the living space. It has such a strong presence that helps to delineate areas in this open plan. The kitchen island and dining table (clad in black granite) are amazingly incorporated in a fascinating double cantilever design.

Another noteworthy architectural feature is the staircase, which sits across the massive island and contrasts it with its weightless appeal. This awesome, ceiling-hung staircase leads to a roof top deck. 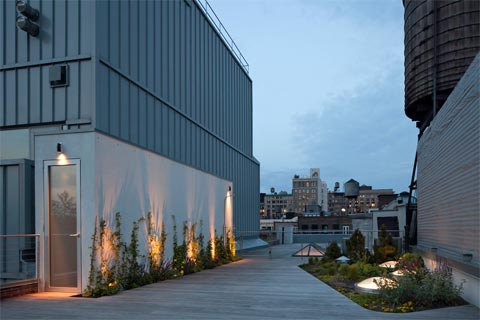 Overall, the space is alive, linear and modern. Despite a neutral backdrop (white and black walls, wood floors) there’s enough texture and pattern in the materials to give the space dimension (white brick, bronze clad, wood, arched windows). Finish it with pops of color and interesting details, and it all really comes to life, resulting in a space with oodles of interest.

For example, a purple kitchen insert, a bright pink couch, an extravagant ceiling light, a colorful rug, concrete bathrooms tiles with a striking pattern all the way from Beirut, a massive round mirror … you know, things like that just really spice things up. 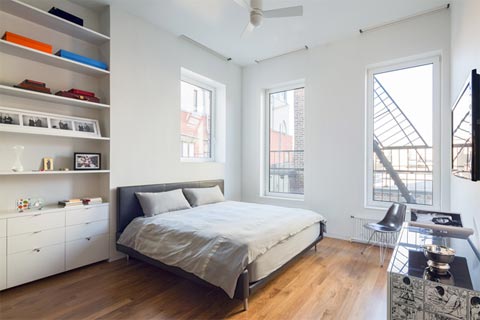 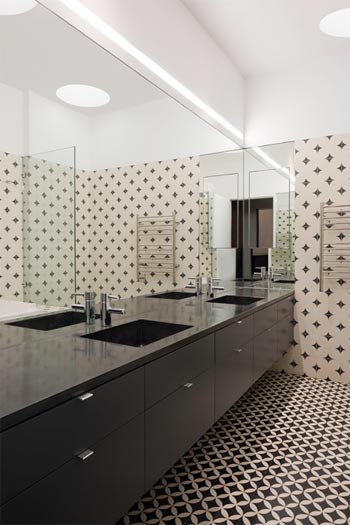 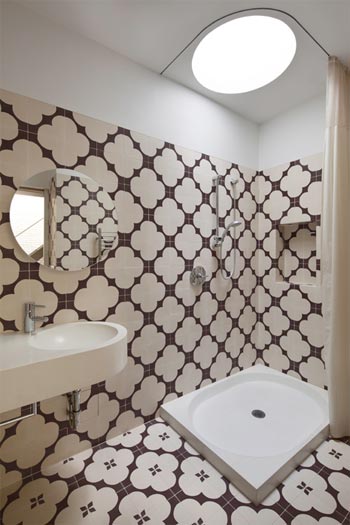 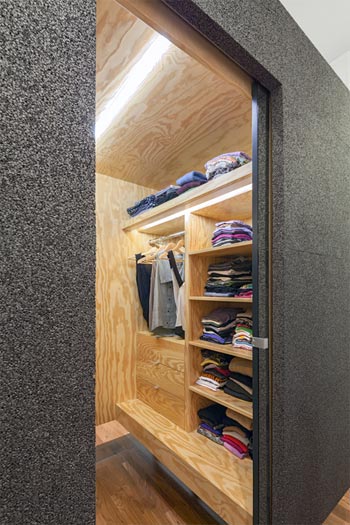 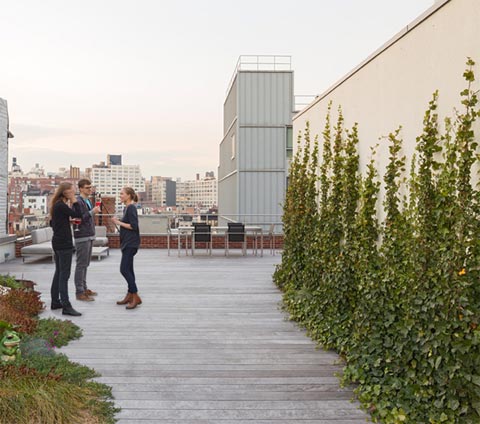