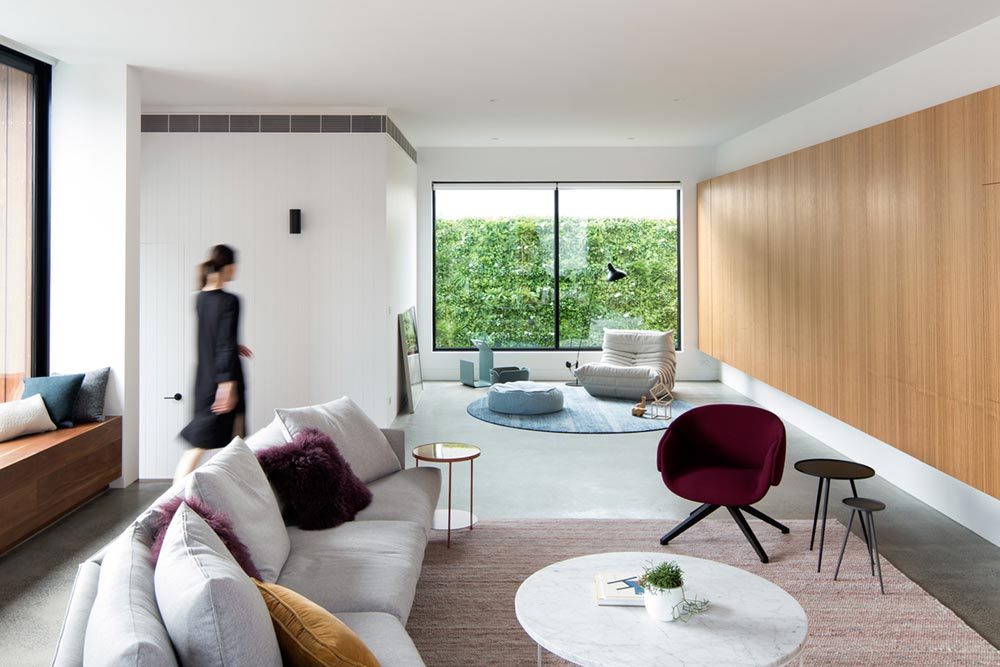 Sitting at just over 4300 square feet, Bulleen House can be seen real time in the Melbourne suburb of Australia, where the owner’s desire was for a house that was light, airy and open – all of which has been received in spades.

Filled with polished concrete and brick walls, along with shades of white found in the brick, countertops, cupboards and bathroom fittings, as well as elements of wood and clean lines throughout the home, it all comes together, keeping this modern home congruent, uncluttered and an optimal use of thermal efficiency. 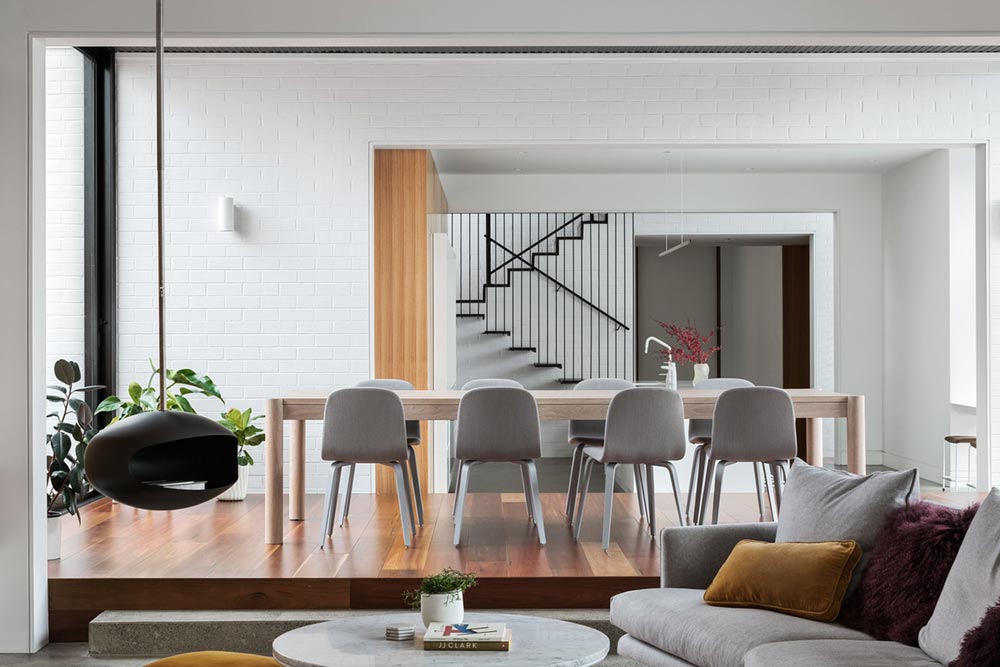 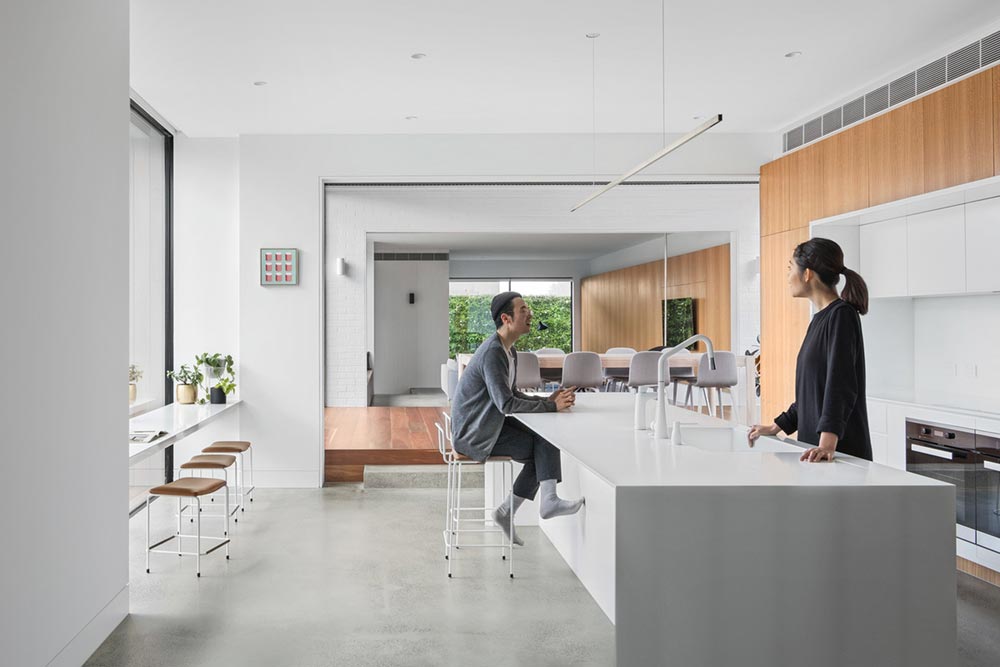 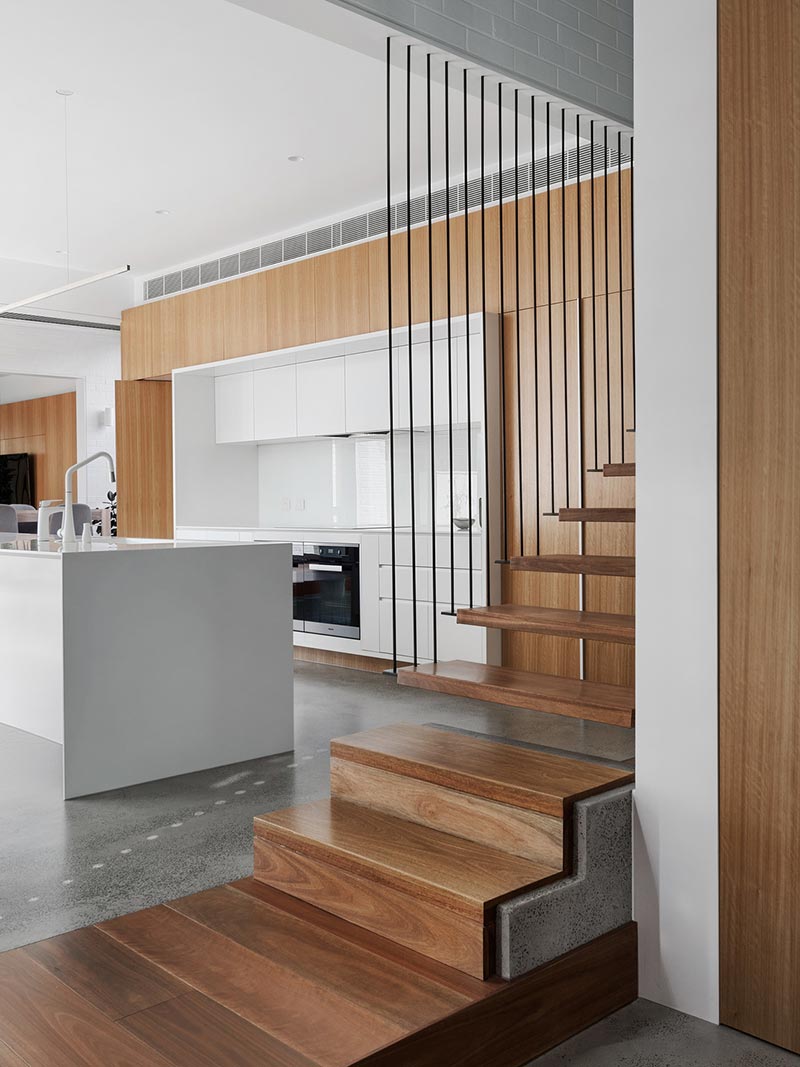 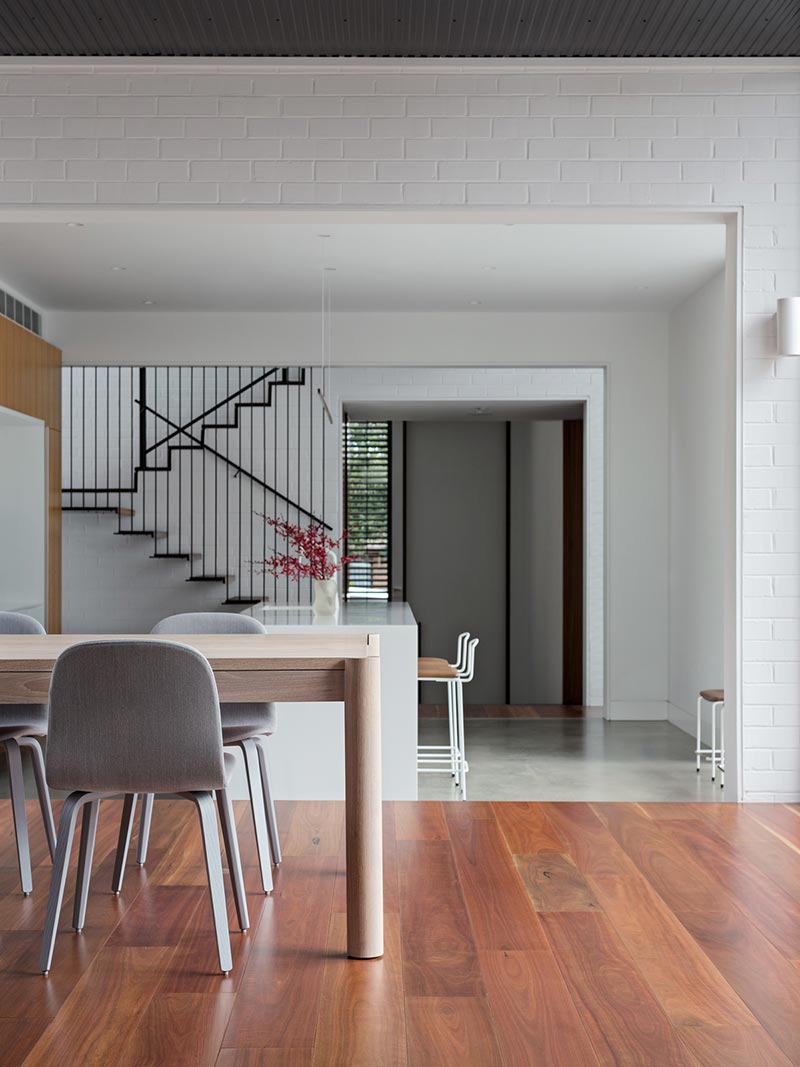 The front of the home almost appears, deceptively, as a two-tiered container house, but step inside and you’ll discover a spatial layout in which to roam.

Whether perched on the window seat overlooking the back garden, sitting along the kitchen’s bar-style seating doing the same, appreciating the raised dining room atop a rich wood base, or stepping up on a stairwell that appears almost suspended if it wasn’t for the brick base – everything harmonizes beautifully within Bulleen House. 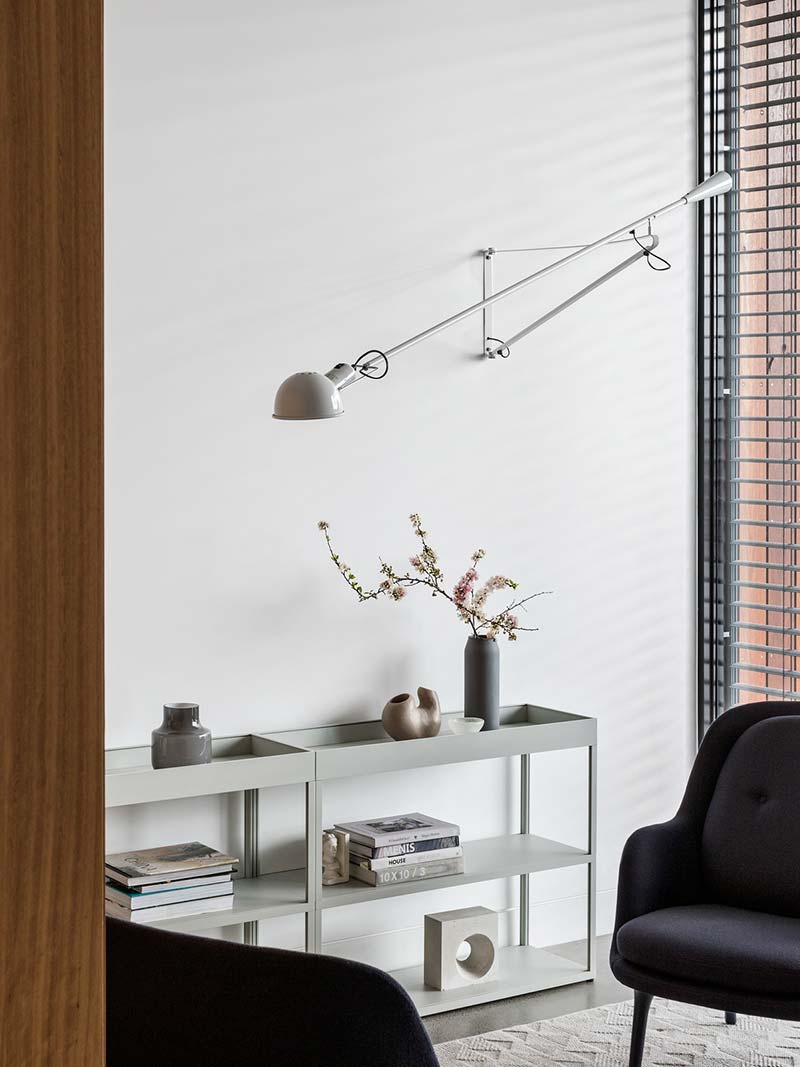 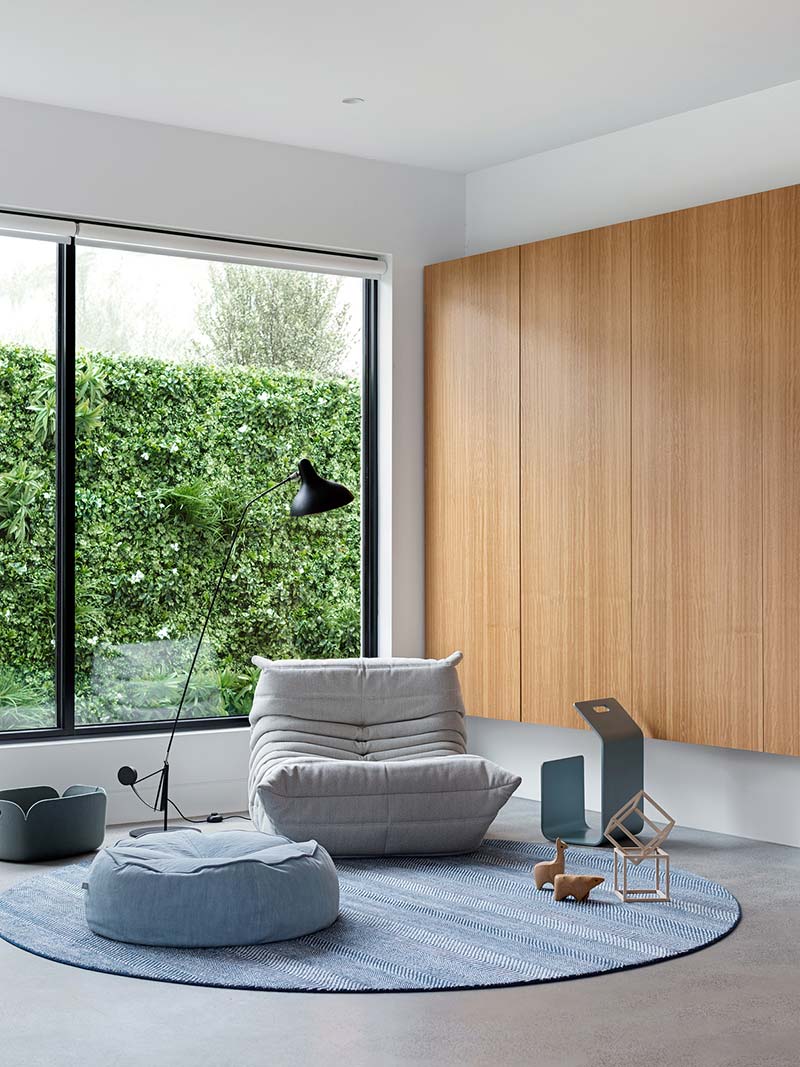 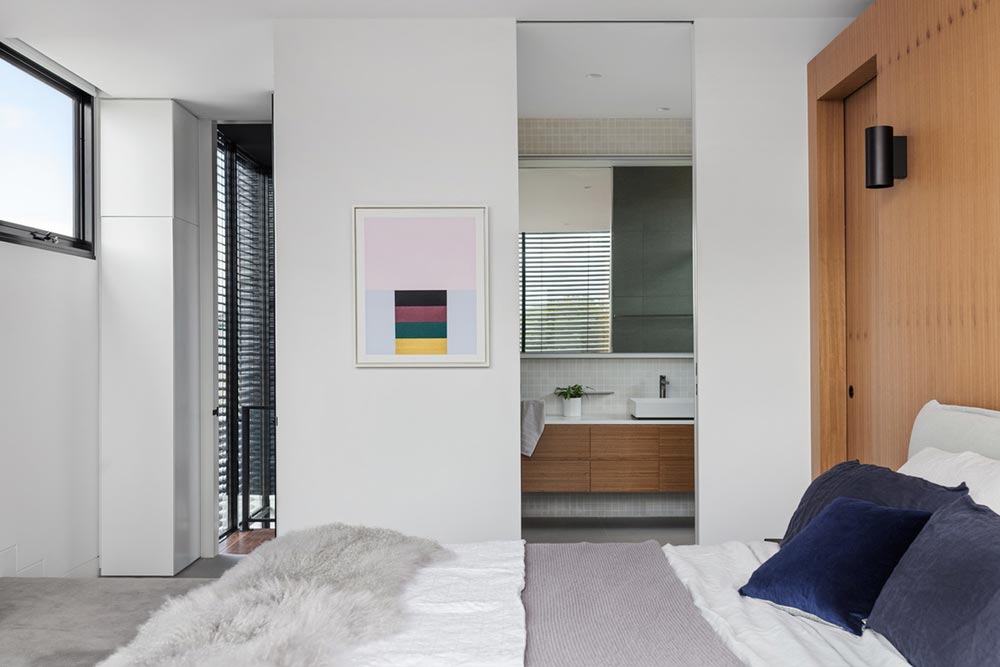 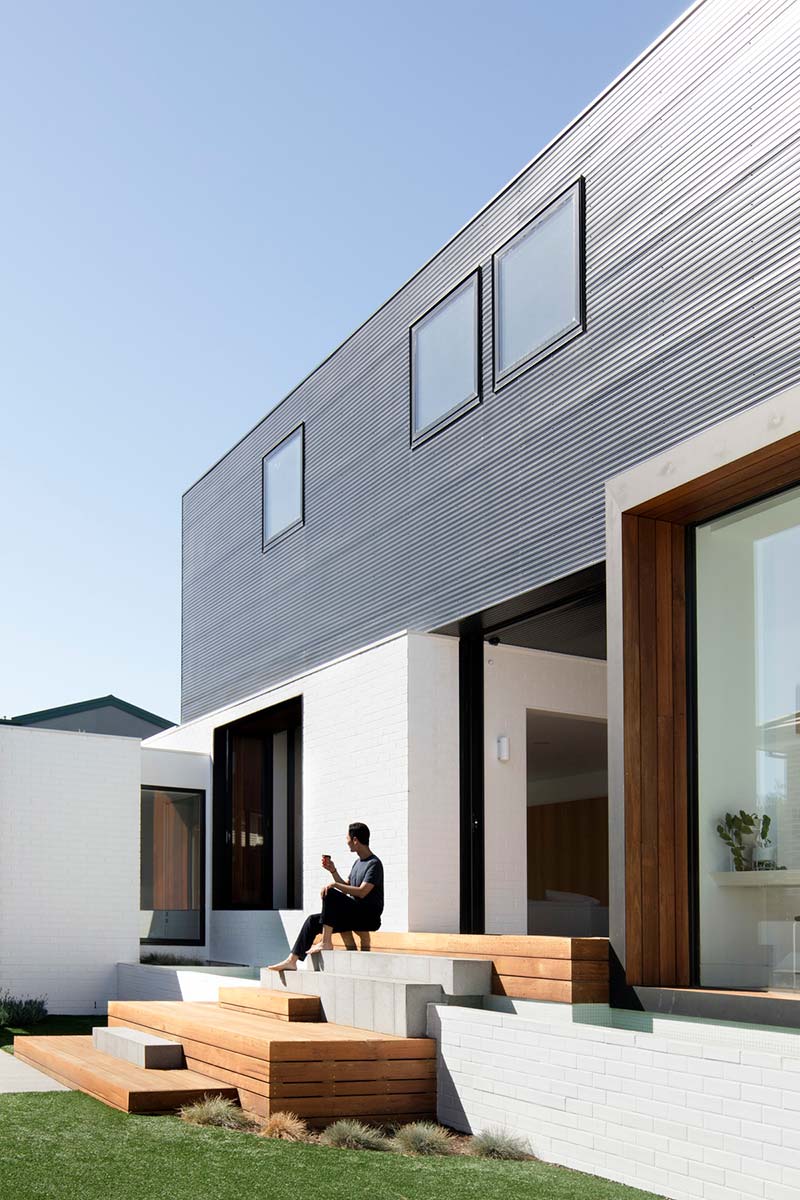 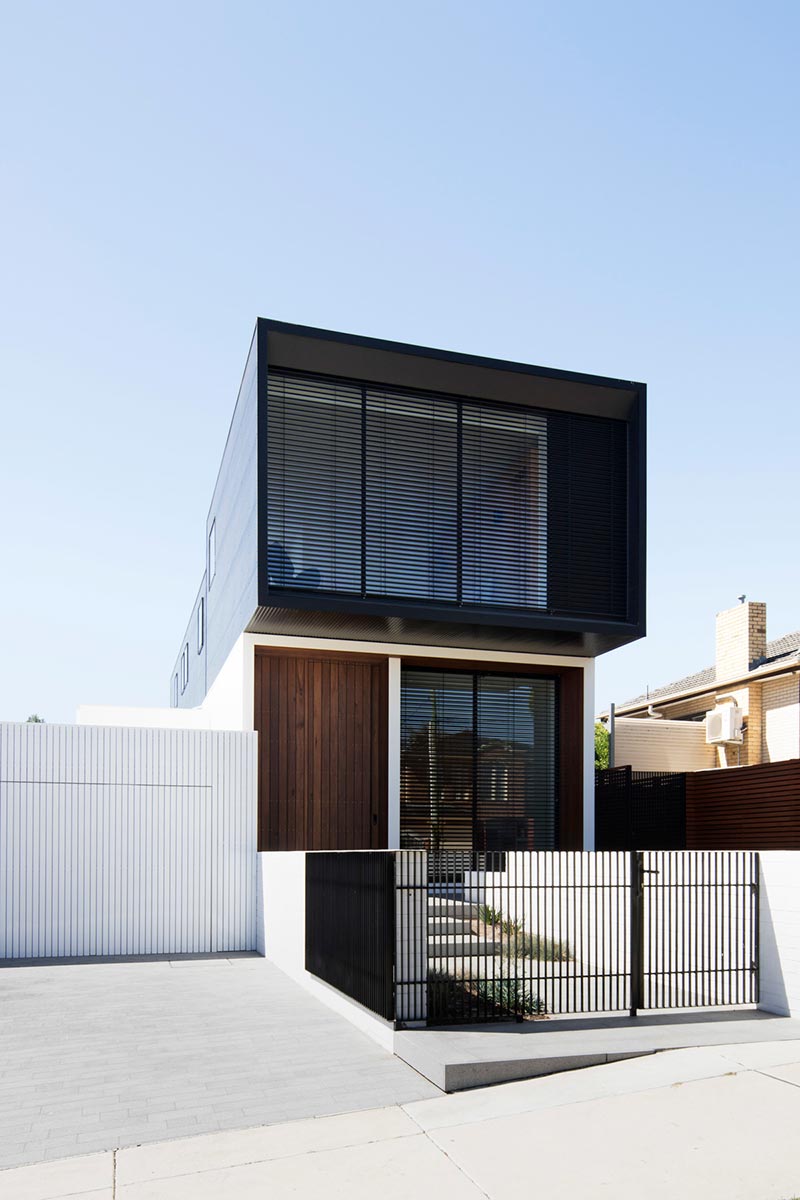