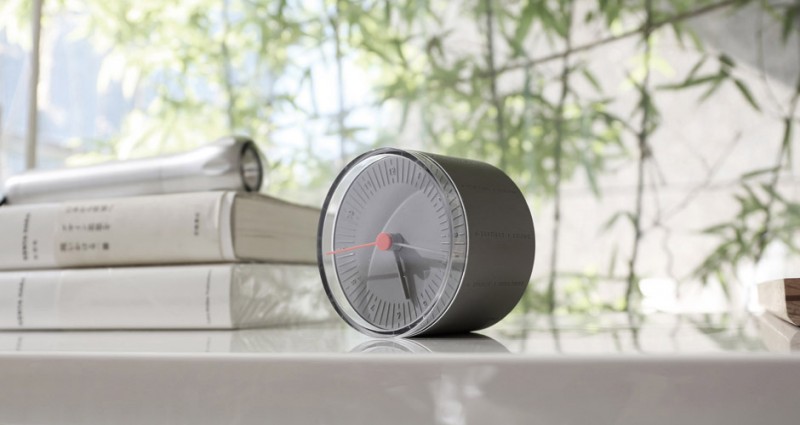 The 11+ World Clock transforms the relatively mundane task of calculating time zone differences into an interactive and highly aesthetic experience. The Clock has a unique cylindrical design that displays 24 of the world’s top cities in 12 different time zones. In order to move between the time zones, users need to select a particular city and then roll the Clock to see the local time in that city. This playful interaction between users and design truly redefines the traditional functionality of a clock and introduces a new way of looking at our global village.

While the face of the Clock is conventional, its cylindrical shape truly sets it apart. Along the diameter of the cylinder, 24 major cities around the world are marked. The cities have been paired, and two cities appear in each row. The reason for this is that there is a 12 hour time zone difference between these cities. When you want to figure out the time in a particular city, you select it using one of the hands, and then roll the Clock. At the end of the roll the Clock will display the time. It can then be rolled back to return to the original time zone. 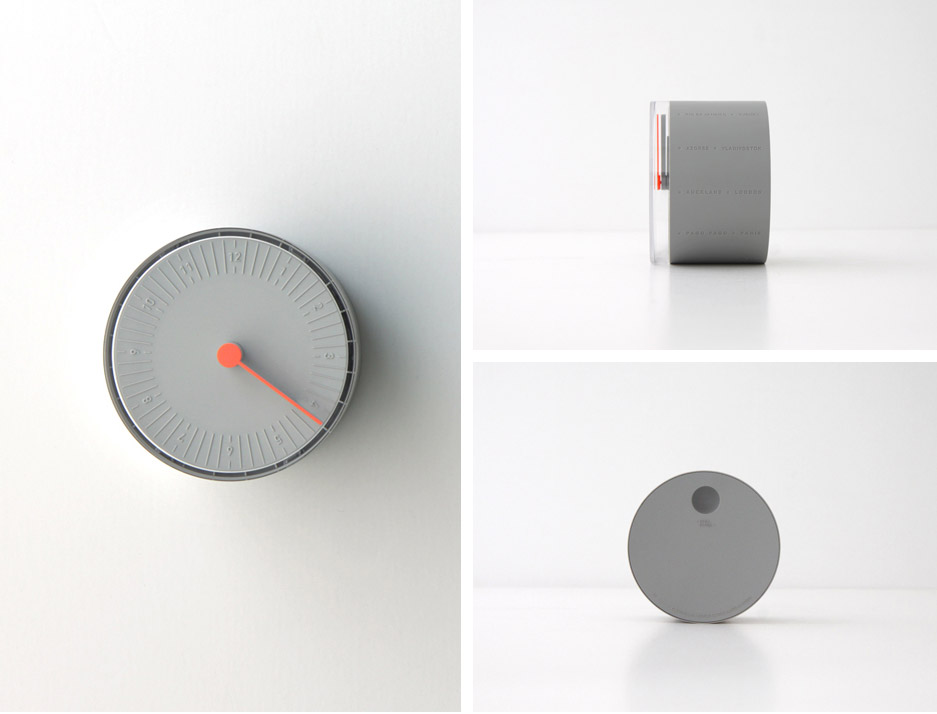 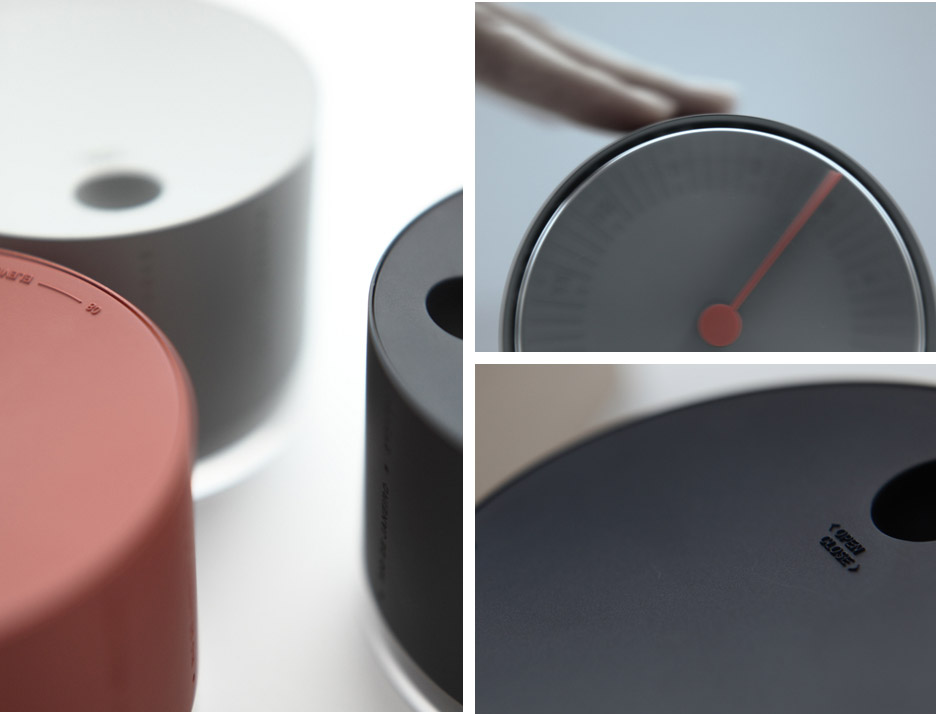