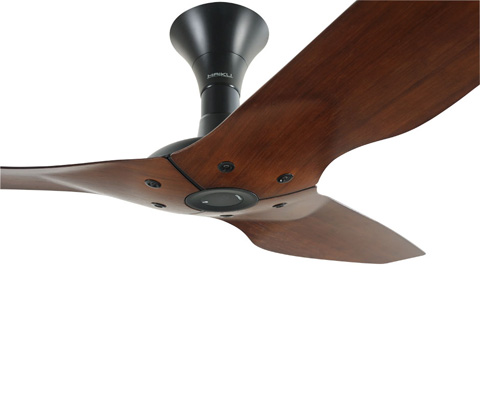 Design wise, most ceiling fans are just not my cup of tea, to say the least. Of course there are the mini floor versions which could be placed on furniture, quite often in a very sympathetic design which today we consider vintage and very often desirable. There has been not one case of a decent ceiling fan though. At least in my eyes. And when they came together with lighting, the outcome was even more dreadful.

I am so relieved to have found out about Haiku ceiling fans and their LED version. Should there ever emerge the need to incorporate a ceiling fan to what might be a summer house once, there is an alternative that will not only perform its duty in the finest of manners, it’ll also do it in complete elegance and discreteness, thanks to beautifully shaped curvy lines.

The Haiku LED ceiling fan carries all the amazing characteristics of the Haiku fan, which are no less than its noiseless motor and perfect balance meaning it won’t shake, rattle or disturb the silence even at high speeds. 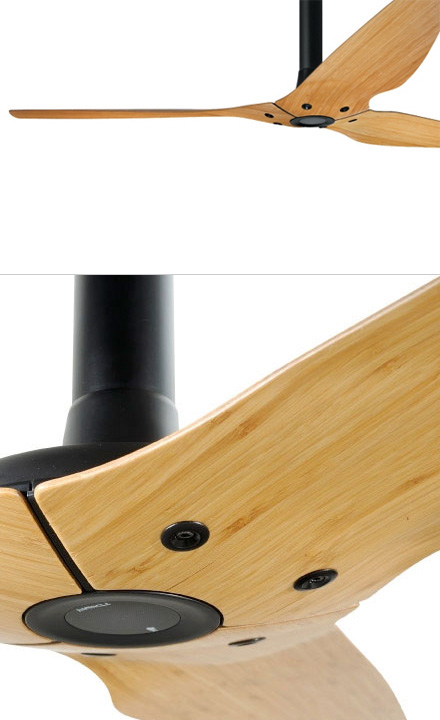 The LED version incorporates a lighting module featuring 16 increments ranging from soft nightlight to primary light source, which uses 80% less power than incandescent bulbs. In fact, they can light up our environments for up to 17 years when used 8 hours per day. That is more than pretty impressive considering energy efficiency! 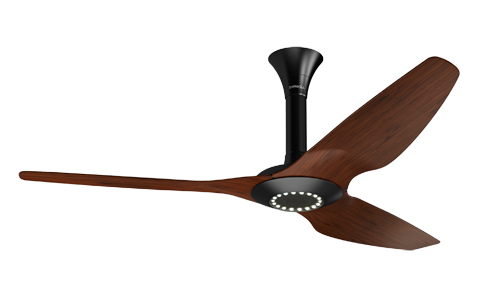 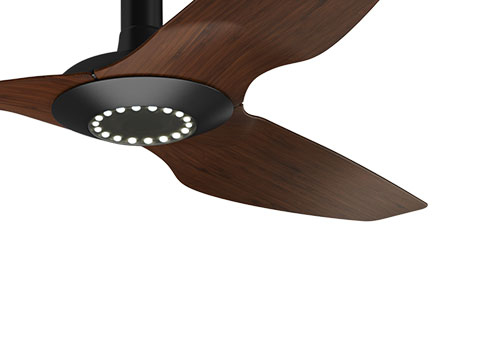 It is available in cocoa or caramel colored bamboo and composite in black or white. All models are equally beautiful and depending on the other decorative elements and atmosphere, there will be the right Haiku fan for any room. 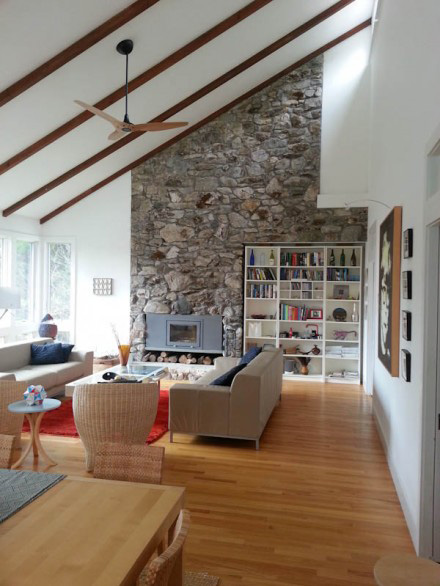 Seaside For The Bathroom: hidden pleasures

Smeg washing machine: Do your laundry in Fab Retro style

Sensory sky: Beyond singing in the rain